Why did Fascism never come to England? 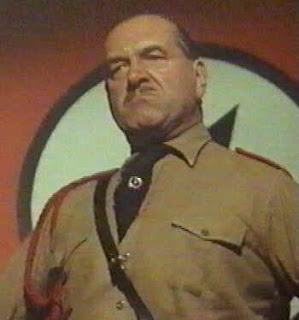 So, what's the answer, why did Fascism not take root in England?

I think it important to consider that Britain had few, if any, of the deep-rooted structural problems that gave rise to Fascism on the Continent. It possessed an organic political culture with readily identifiable symbols and institutions, which served to unite the whole community behind a single defining idea. Even the deepest economic and social grievances were not enough to 'disengage' most people from the national community, particularly those on the political right, who may otherwise have been attracted by Mosleyism. The country had not been defeated in war, like Germany; it did not feel aggrieved by the outcome of war, like Italy. There was simply nothing upon which Fascism could get a purchase. Even anti-Semitism was a non-starter, and Mosley's growing obsession with the 'Jewish question' was about as far away from traditional English 'golf club' snobbery as it was possible to get.

Most people would have surely have been happy to accept Stanley Baldwin's assessment of Mosley that he was "a cad and a wrong 'un." Finally, any nation that could laugh at the absurdities of Roderick Spode and the Black Shorts was never, ever going to be seduced by the real thing. Heil Spode!
Posted by Anastasia F-B at 17:34