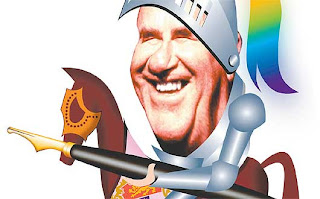 Life is not for television; life is for living! Yes, my declaration: I do not watch that much television; I’m altogether for too busy with deeper-and shallower-modes of experience. OK, OK, I confess that I simply refuse to miss Friends and Charmed when they are on and I like documentaries and good movies. Oh, gosh; maybe I do spend too much time watching telly after all!

What I have been watching recently, when I’ve been able, is the BBC’s poetry season, which has allowed me to immerse myself in the beauty of words and rhythms; allowed me some insight into how other people perceive poetry. I particularly enjoyed the programmes on John Donne, my favourite poet in the English language, full of deep sensuality, and John Milton, who, in Paradise Lost, might be have said to have recreated Lucifer as a modern hero, the greatest of all of the great rebels. There were also some wonderful new discoveries-new for me-and here I want to make particular mention of the show presented by the comedian Robert Webb, an hour long personal exploration in My Life in Verse.

I watched this for two reasons: first because I think Webb is a super comic, and second, because he was touching on the work of poets, modern poets, whose work I would like to understand better; poets like T. S. Elliot, E. E. Cummings and Philip Larkin. I learned Larkin’s This be the Verse years ago just to be able to recite it to the other girls in my school, more for the shock value, you understand, than because I thought it an outstanding poem. Well, yes, they do fuck you up, your mum and dad!

It was all good, the extracts from The Wasteland, The Love Song of J Alfred Prufrock, and the readings from Cummings. But the poem that impacted on me most was High Windows, also by Larkin, which I simply could not get out of my head. It’s still there, now committed permanently to memory.

There was something else about this particular show: Webb introduced me to Clive James, whom he described as his favourite writer. Now, I absolutely adore serendipity, discovering something, something that takes me by surprise, while looking for something else. James is a writer, broadcaster and himself a poet. He was talking specifically about Cummings. He also read some of his own verses, good stuff, but it was not that specifically that impressed me; it was his general manner, the things he talked about and the way he used words. So, having time on my hands at the moment, I decided to find out more.

I suppose I should say that my mind works in a slightly eccentric way: it moves, capillary-like, down particular avenues in search of something, often branching off on discovering something else; lairs within lairs, meanings within meanings. You can see it at work here, for I started to talk about poetry and I’m about to finish at a different teminus altogether!

I have before me Cultural Amnesia: Notes on the Margin of My Time, a collection of essays by James, essays on a large variety of people, artists, politicians, musicians, writers; essays that cover people as diverse as Anna Akhmatova and Josef Goebbels. Who would have thought to find those two between the same covers!

The book’s quite delicious. It fills me with tingly delight, because, like me, the author goes off at tangents when he detects a scent he wants to pursue. The essay on Peter Altenberg, an Austrian writer and poet, was fascinating and frustrating; fascinating because I had never heard of him, frustrating because James says so little before setting off on a different path. Why did I find Altenberg of such interest? Simply because of a single quotation, from a work called Fechsung. It goes like this;

There are only two things that can destroy a healthy man: love trouble, ambition and financial catastrophe. And that’s already three things, and there are a lot more.