Our Father, Which Art in Hell-the Brilliance of Borges 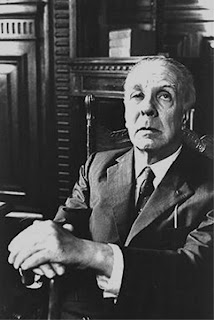 Ah, Labyrinths, do you know Labyrinths, that sublime compilation by the Argentinean master, Jorge Luis Borges? It’s difficult to find words to describe Borges’ oeuvre in any sufficient way; he wrote so much, poems, essays and fiction. But, honestly, there is more to it than that: he crosses the frontiers between the essay and the story, between fact and fiction: he gives fiction, better said, the appearance of fact.

I’m looking at Labyrinths, his collection of ‘fictions.’ It is quite superb. He writes with a clear, polished and highly precise style. His texts, always brief, perhaps even terse at some points, are rich with all sorts of ‘references’, both real and imagined. In Tlon, Uqbar, Orbis, Terteris he discovers, by a process of textual investigation, a totally idealist world, as might have been imagined by Bishop Berkley, where external objects are whatever one imagines them to be. But the story or fiction I want to focus on here is Three Versions of Judas.

This concerns a Swedish theologian by the name of Nils Runeberg, who makes a unique discovery in the course of his textual and philological investigations, a discovery others find absurd or blasphemous: God incarnate is not Christ-he is Judas Iscariot.

Runeberg’s major work published in German in 1912 as Der heimliche Heiland, Borges tells us-and let me say once again that this is fiction-that this work begins by stressing the superfluity of Judas’ act of betrayal. Why would such a thing have been necessary? Jesus was a public figure, known to thousands. The elements combine to make Judas’ crime, treason, all the more vile: the kiss, the thirty-pieces of silver, the suicide. The act was not passing, it contains nothing of the moment: it was preordained and thus has a “…place in the economy of redemption.”

So proceeds Runeberg (so proceeds Borges, which I may have to remind you); so his thesis is published; and so it is rejected. He continues to work, refining, adapting and perfecting his argument. The prophecy contained in Isaiah 53: 2-3, the prophecy of the man of sorrows is not that of moment but “….a whole atrocious future, in time and in eternity, of the Word made flesh.”

His book is re-published; it is scorned and it is ignored. The author has a moment of epiphany: God did not wish the great secret to be known on earth. Had he not himself fallen into the great blasphemy: had he not revealed the secret name of God? In his fevered anxiety Runeberg runs through the streets of Malmo, “…begging at the top of his voice that he be granted the grace of joining his Redeemer in Hell.”

Runeberg dies in 1912, having added, Borges tells us, to the concept of the Son, which seemed exhausted, “the complexities of evil and misfortune.” 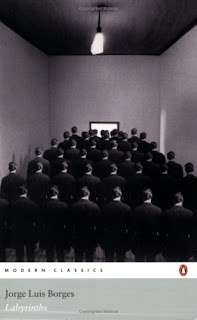