The Murder of the Romanovs 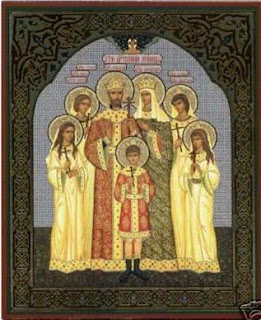 The decision to murder the Russian royal family reveals much about the inner workings of the Bolshevik Party at the time. The official story given out was that the task had been delegated to the Ural Soviet, though the murder of the Tsaritsa Alexandra and the five children was kept secret for over a year after the event.

It is still not been proved conclusively just how the decision to kill the family was arrived at; if it was central, or if it was local; and, if central, who exactly was involved. However, I can offer you a reasonable amount of circumstantial evidence that points quite firmly at Moscow.

For the Ural Soviet the presence of the royal family at Yekaterinburg was a growing concern, especially as the Czech Legion and other White forces approaching the town from the east. Rather than risk moving them they decided on execution, though they were unwilling to act without the approval the Council of Commissars in Moscow. Ivan Goloschekin, a member of the Ural Soviet who also happened to be a friend of Yakov Sverdlov, a close political associate of Lenin, was sent to Moscow to take soundings on the matter. He was told by Sverdlov that the government was still considering putting Nicholas on trial, an idea favoured by Trotsky. However, the steady advance of the Whites towards Yekaterinburg changed this, and Goloschekin was able to return with the news that Moscow had delegated the whole business to the Ural Soviet.

With Lenin's permission Sverdlov formally announced the death of Nicholas at a meeting of the Executive Council on 18 July 1918. Nothing was said of the fate of the Empress Alexandra and the five children, though an official statement was issued that they had all been moved. However, both Lenin and Sverdlov knew that they were all dead. They had been so advised by telegram from Yekaterinburg. The statement was a lie.

A year passed before the government admitted that they had all been shot, though the Social Revolutionaries were blamed. However, the real link between Moscow and the Urals was later made clear in a conversation between Sverdlov and Trotsky. Trotsky reports this in his memoirs thus;

"My next visit to Moscow took place after the fall of Yekaterinburg. Talking to Sverdlov, I asked in passing: 'Oh, yes, and where is the Tsar?
'It's all over,' he answered. 'He has been shot.'
'And where is the family?'
'And the family along with him.'
'All of them?', I asked, apparently with a touch of surprise.
'All of them,' replied Sverdlov. 'What about it?' He was waiting to see my reaction, I made no reply.
'And who made the decision?', I asked.
'We decided it here. Ilych [Lenin] believed that we shouldn't leave the Whites a live banner to rally round, especially under the present difficult circumstances.'
I did not ask any further questions and considered the matter closed. Actually, the decision was not only expedient but necessary. The severity of the summary justice showed the world that we would continue to fight mercilessly, stopping at nothing. The execution of the Tsar's family was needed not only in order to frighten, horrify, and dishearten the enemy, but also in order to shake up our own ranks to show that there was no turning back, that ahead lay only complete victory or complete ruin...This Lenin sensed well."

Sverdlov was certainly implicated in the murder of the entire family. It is difficult to accept that he would not have cleared this with Lenin, who, in my estimation, is guilty by association. He certainly deserves part of the 'credit' for this atrocity.

Since I wrote this I now have sufficient leads to conclude that there was something else at work, an indication that the Tsar and his family were early victims of the forms of struggle that were to become commonplace among the Bolsheviks in years to come. Although approved by the Central Committee the projected trial of the Tsar was very much Trotsky's favoured project, one where he would have appeared as prosecutor-in-chief. It would have added greatly to his prestige, and Sverdlov knew this. You see, the ideological struggles of the pre-Revolution days were about to give way to struggles over power. Sverdlov understood this in the way that Trotsky did not; and it was Sverdlov-in collaboration with the Ural Soviet-who did his best to undermine the projected trial.

Take a look again at the exchange reported by Trotsky in his Memoirs-it shows his surprise and Sverdlov's gleeful defiance. It's almost as if he is inviting Trotsky to object, which clearly he could not do. He had been outmaneuvered, decisively so, and his subsequent gloss was little more than a feeble attempt to make the best of the situation. In this, Sverdlov, the administrator, represented the Party, the old Bolshevik core, against the mercurial Trotsky, the former Menshevik. Sverdlov died in 1919, but the challenge to Trotsky was soon to be taken up by an even more formidable opponent. 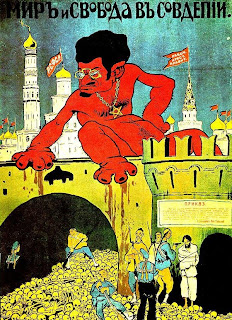