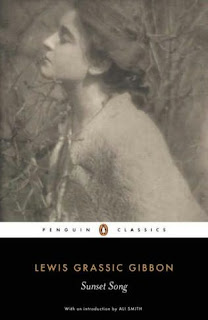 I saw that Barack Obama declared that he likes Joseph O’Neil’s Netherland, after which sales underwent a sudden leap.

I love it when politicians feel the need to let the wider community know about their literary tastes, particularly as the book in question often reveals so much about their character.

I see that Joker Brown, not to be outdone by Super Obama, has announced his own preference. Can you guess what it is? No? Well, it’s Sunset Song, part of a trilogy by the name of A Scots Quair by Lewis Grassic Gibbon. It just so happens that I’ve read all three.

Sunset Song is a fine piece of writing, indeed it is. But the characters are for the most part unlovely; dour, petty-minded, vicious, hypocritical and cynical. If it was intended as lament for a vanishing way of life, the life of the peasantry of that district in north-east Scotland known as The Mearns, so far as I am concerned it was a way of life that deserved to die! Overall, Sunset Song, like its two sisters, is an extraordinarily depressing book. I now understand our benighted Prime Minister aka ‘The Best Man for the Job’, better and better. I wonder how the sales are doing in the wake of his endorsement? :-))
Posted by Anastasia F-B at 15:55