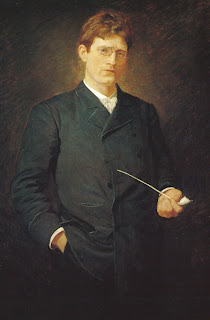 Céline is the first to leap to mind, though his 'Fascism' was anything but systematic; more a collection of petty personal grievances of one kind or another. Castle to Castle is not his best novel, but it gives much insight into the character of his politics. Ernst Jünger is one of those deliciously ambigious figures, though if you really want to discover his views on Fascism his Notebooks are worth examination.

There are some other good examples that should be added to the list, including Pierre Drieu La Rochelle, Celine's countryman and fellow novelist, although he is now almost completely unknown in the English-speaking world. From the Anglo-Saxon world we have Percy Wyndham Lewis, painter and author who co-founded the Vorticist movement in poetry. More of a 'fellow traveller' than an outright Fascist, he was, a little like Celine, one of those individuals who has to swim against the tide. His 1937 novel, Revenge for Love, is highly critical of Communist activity on the Spanish Civil War, and dismissive of the political enthusiasims of left-wing English intellectuals.

But the greatest of all the 'Fascist' writers is surely Knut Hamsun, who won the Nobel Prize for Literature in 1920. He later became a supporter of Vidkun Quisling, the Norwegian Nazi leader. After a war-time meeting with Josef Goebbels Hamsun sent him his Nobel Prize medal as a gift; and after Hitler's death in 1945 he wrote an obituary describing him as a "warrior for mankind." Even so, the work and the politics are two quite different things. Hunger, Pan, Victoria and Mysteries have a value well beyond the mundane.

Speaking of Drieu, I now have a copy of his 1931 novel, Le Feu Follet, translated into English as Will O' the Wisp. I'll record my impressions here in due course. I will say, though, that he is beginning to exercise a kind of spell over me. :-)) 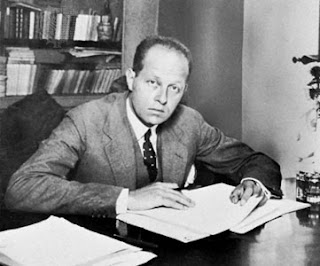