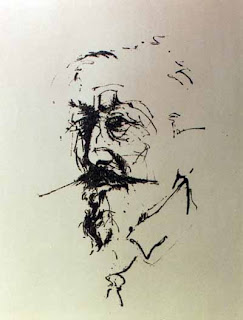 A modern view on the subject of racism in the novels and stories of Joseph Conrad is given in the writing of Chinua Achebe and Edward Said. The key texts here are Achebe's 1975 lecture An Image of Africa: Racism in Conrad's "Heart of Darkness and Said's Orientalism.

Yes, Conrad's work, not just Heart of Darkness, shows signs of both racism and sexism. But does it matter? It seems altogether too trite to say that Conrad was a man of his times, reflecting the views of his times. Achebe expects a perfect penetration, a complete and translucent understanding, which is not within the scope either of the novel or of Conrad's comprehension.

It was not for Conrad to fill this space, this gap in the European imagination, which, in any case, proponents of the post-colonial thesis would no doubt judge as presumptuous, or patronising, or both. It was for Conrad to write The Nigger of the 'Narcissus', Youth, The End of the Tether and all of his other wonderful racist and sexist stories, just as it was for Mark Twain to write Huckleberry Finn, and Harper Lee to write To Kill a Mockingbird.

I'm as sensitive as most to issues of racism and sexism, but I would always seek to judge the past in its own terms, to see things through different eyes. More to the point, I would rather have great literature that a barrel-load of political correctness, delivered by the likes of Achebe and Said. I hope this does not come across as too bad-tempered, but I simply loath attempts to rewrite the past or to sanitise art. :-)
Posted by Anastasia F-B at 08:00