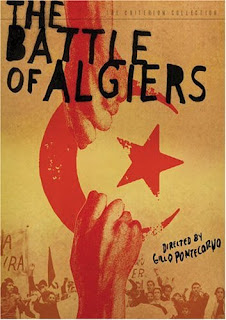 This is a contribution I made some time ago to a discussion on Islamic terrorism.

For the sake of some balance, and in full expectation that the following argument is likely to elicit a venomous response, let me try to introduce some objectivity and perspective into this thread. Yes, a war of terrorism is indeed a terrible thing, one where we cannot discriminate between guilty and innocent, soldier and civilian, participant and bystander. It breeds fear and suspicion, turning every devout Muslim man and woman into 'the enemy'; which might, in fact, be said to be Bin Laden's most significant political achievement to date.

Yet has anyone paused to consider that it is Muslim people themselves who are the chief victims of terrorism, either of the state sponsored and official variety, or of the more home grown versions? Consider, moreover, the hypocrisy of past American policy on this whole matter, which encouraged and supported Bin Laden when the victims of terrorism were Russian soldiers in Afghanistan, and supported Saddam when the victims of poison gas attacks were Iranians. Yes, Bin Laden and his kind are monsters; but just who exactly, it is legitimate to ask, should be cast in the role of Dr. Frankenstein?

Now, let's look at the list of 'Muslim' outrages, devoid of context, explanation or political genealogy. What purpose does this serve other than to turn a whole faith community into the enemy, into the 'other', it might be said, a uniform object of fear, and a suitable case for treatment? Some of you may think there is good reason behind this; but what would you think of an argument that lumped together ETA, the IRA, FARC and the likes of Timothy McVeigh as examples of 'Christian terrorism'?

We preach time and again to the Islamic world about the values of democracy, as if this is some kind of universal panacea; yet when the Palestinian people vote for Hamas, somehow democracy is no longer the answer after all. But Hamas is a symptom, not the disease. Do we even begin to understand how desperately angry the Palestinian people are, locked up in the appalling ghetto of Gaza, under constant threat from a state which was itself partly built on terrorism, and continues to employ the tactic in a wholesale and indiscriminate fashion, against the innocent and guilty alike? Do we even want to know how much anger there is in the Islamic world against the West, against a hypocrisy that preaches human rights and justice in theory, but ignores gross breaches of these very ideals in practice?

Coming back to my original point, yes, terrorism is a terrible weapon, though it is still an open question as to who is the terrorist and who is the freedom fighter. But what, after all, is terrorism of the Bin Laden kind but a low-intensity war, a war of those without, it might be said, the big guns. I'm always mindful here of an exchange I saw in The Battle for Algiers, a documentary-style movie depicting the FLN's war of liberation against the French colonialists in the early 1960s.

During this struggle Arab women dressed up as French civilians and left basket bombs in bistros and the like, killing many civilians. Later one of the captured rebel leaders is asked by a reporter Isn't it cowardly to use your women's bakets to carry bombs that have killed so many innocent people? Reply is given thus: Is it less cowardly to drop your napalm on defenseless villages, killing thousands more? Give us your bombers, and you can have our women's baskets. Next time you see reports (if you see reports) on the continuing injuries and deaths caused by Israeli cluster bombs, used in the past attack on Lebanon, you may remember this. And next time you see a Muslim man with a beard, or a woman wearing a burqa, try to think a little more objectively.
Posted by Anastasia F-B at 18:57