It is not too much of an exaggeration, I think, to suggest that the Roman defeat by the Goths, and the death of the Emperor Valens, at the Battle of Adrianople in August 378AD was truly one of the decisive events of the western world. Ammianus Marcellinus, the Roman historian, was to write of, "Those ever irreparable losses, so costly to the Roman state." It changed the character of the Empire: the Goths, though partly tamed by Theodosius I, were to remain as a distinct entity within its frontiers; sometimes allies; other times enemies. Roman losses could only be made good by co-opting Barbarians into the army as Foederati under their own commanders; and, as always, military power has ways of translating into political influence.

Adrianople also changed forever the essential character of the Roman military. It was to end the reliance on the infantry legions, the formations that had proved so formidable in the past, and upon which the Empire had been built in the first place. Less than a hundred years after the battle heavy cavalry had become the main offensive arm in the Imperial army, changing by stages into the Byzantine cataphracts and the armoured horsemen of the Middle Ages 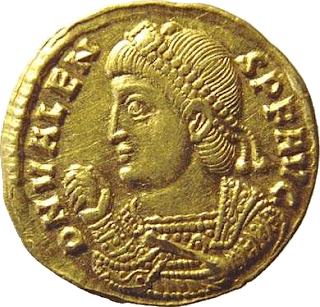