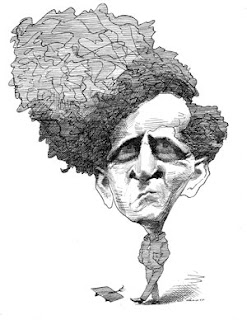 There are still stories circulating in Cambridge about Wittgenstein's time. There was a bizarre, almost Monty Python-like quality to his lectures. His students were obliged to bring along deck-chairs, on which they all sat in absolute silence while the professor remained immersed in thought. Every so often this silence would be punctuated as Wittgenstein, in the midst of deep labours, would deliver some idea! He would on occasions turn on one of his students and start a rigorous intellectual interrogation, a process that has been likened to being under examination by the Spanish Inquisition.

He had the capacity, by sheer strength of his intellect, and his relentlessness in pursuit of a point, to reduce his audience to a state of terror. The only person with sufficient courage to stand up to him was Alan Turing. Wittgenstein maintained in one of his lectures that a system-such as logic or mathematics-could remain valid even if it contained a contradiction. Turing rejected this, saying there was no point in building a bridge with mathematics that contained a hidden contradiction, otherwise the structure might collapse. Wittgenstein responded by saying that such empirical considerations had no place in logic, but Turing persisted. How I would love to have been present!
Posted by Anastasia F-B at 00:37