Being and Nothingness as Political Commentry 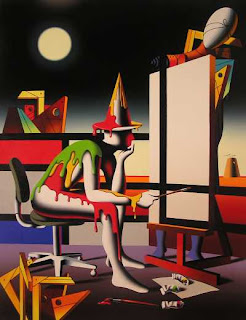 Envisage, if you can, Paris in 1943: a bleak place, one where the arena of personal freedom was growing more circumscribed by the day. In the streets, alongside the German occupiers, there were French Fascist auxiliaries of one kind or another, with links to Marcel Déat and others among the so-called Paris Collaborators. The previous year all French Jews had been required to wear the yellow star, not by order of the Germans, but on the initiative of Darquier de Pellepoix, Vichy's Commissioner for Jewish Affairs. Round-ups and deportations were now a regular occurrence. Through the city German propaganda, evoking final victory, was an ever-present feature of life in public places. Denunciations, anonymous letters and police raids wee a constant threat. France has been seized by a Judeo-Bolshevik phobia. The atmosphere is stifling.

So, for Sartre, and every other Frenchman, objective freedom has all but gone. It is against this background that Being and Nothingness, was published, a profoundly Cartesian work, one where subjective forms of freedom find their greatest defence.

There, in subjective consciousness, lies the origin of one's absolute freedom, one that is shaped in a state of permanent criticism. All labels are rejected-"How them shall I experience the objective limits of my being: Jew, Aryan, ugly, handsome, kind, a civil servant, untouchable, etc.-when will speech have informed me as to which of these are my limits?" It is from these labels that alienation and inauthenticity are created: "Here I am-Jew or Aryan, handsome or ugly, one armed etc. All this for the Other with no hope of apprehending this meaning which I have outside and still, more important, with no hope of changing it...in a more general way the encounter with a prohibition in my path ('No Jews allowed here')...can only have meaning only on and through the foundations of my free choice. In fact according to the free possibilities which I choose, I can disobey the prohibition, pay no attention to it, or, on the contrary, confer upon it a coercive value which it can hold only because of the weight I attach to it."

Sartre's theory of freedom is expressed, for the most part, in highly abstract terms, but it still has to be read against a specific historical background. The call for freedom, and the parallel denunciation of all forms of bad-faith, was never more meaningful in Nazi France.

Why did the Germans allow this? Well, because they operated in some areas a fairly relaxed censorship policy, especially over such abstract works as Being and Nothingness. It also helped if the author expressed an anti-German message which the Germans themselves could not understand, as Sartre did in his play, No Exit, which concludes with his most famous quote "Hell is other People", or l'enfer, c'est les autres in French. By this time the French ad long ceased to refer to the occupiers as Boches-they were, quite simply, Les autres 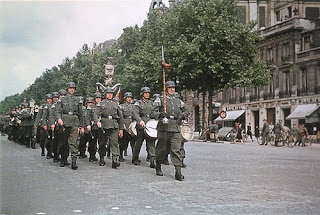 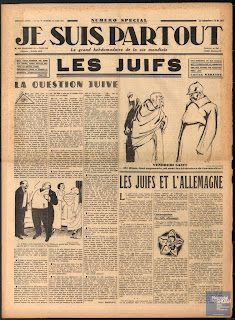 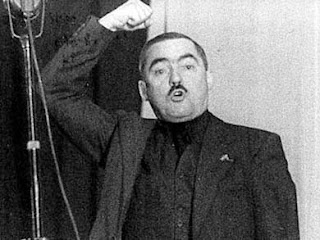