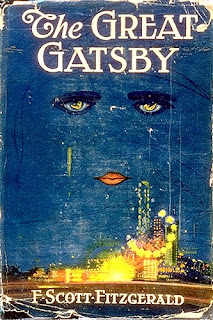 In The Great Gatsby F Scott Fitzgerald makes an oblique reference, in the character of Tom Buchanan, to the theories of Lothrop Stoddard on the decline of the white race. There is a background, in the fashion of Oswald Spengler, to this kind of cultural pessimism.

There is also, it might be said, wider concerns of sexual anxiety, fears at one and the same time of miscegenation and inadequacy. I'm thinking specifically here of Henry Champley, one time foreign editor of Le Temps, and his wonderfully eccentric White Women, Coloured Men, his bizarre and salacious travel book, published in 1936.

In this he urges white women to beware of the dark races; for his travels in the USA and the Far East have convinced him that The coloured people have discovered the White woman as an idol worthy of being desired above all else. The problem for Mr. Champley is that the white woman has also discovered the coloured races! She is therefore urged to resist the tempations of racial mixing and promiscuity in favour of 'heroic humility', which, I assume, means being at the disposal of dear old Mr. Champley! :-))

Actually this whole cultural trend has a wider resonance than Stoddard's specifically American concerns. It's already evident before the First World War, in work like The Conflict of Colour, where Putnam Weale warns his fellow Britons against the perils of the Japanese alliance. In the mid-1920s, independently of the American school, the poet Leo Chiozza Money published The Peril of the White, saying that The whites of Europe and elsewhere are set upon race suicide and internecine war.

Is it surprising, then, that Fitzgerald allows the ridiculous Buchanan to voice such views? Always remember Nick's thought in Gatsby I was tempted to laugh whenever he opened his mouth. I dare say Tom and Mr Champley would have got on well, though. :-)) 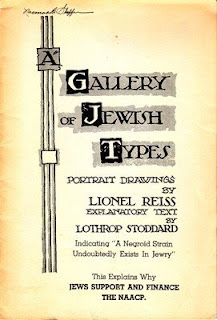