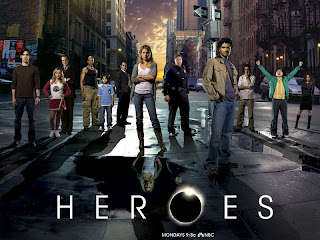 Herbert Spencer, in reacting to Thomas Carlyle's statement to the effect that "the history of the world is but the biography of great men", pushed the pendulum in the other direction, saying that the individual is more shaped than shaping. The reaction is understandable, and the corrective necessary. There are few modern historians who take Carlyle's inflated accounts of Robespierre or Napoleon seriously, just as few have any patience with his over-ripe and flowery prose.

The unfortunate thing is that pendulum has remained for too long at the other extreme, held in position by those who followed in the steps of Ferdinand Braudel, E P Thompson and the like.

The altogether tiresome 'history from below school' has become just that-tiresome! In my experience academics are, once again, beginning to pay close attention to the actions and decisions taken by key players at key moments in time. What, for instance, if Constantine the Great, had been killed at the Battle of the Milvian Bridge, would the history of the Roman Empire have proceeded along the same lines; would we now, perhaps, be investigating Christianity as just another vanished cult along with Mithraism? What shape would the modern world have if Mohammed-or Lenin-had never been born? Is it possible to imagine that the history of Europe would have taken the same course in the middle of the last century if Adolf Hitler had never emerged from the doss-houses of Vienna, or if Soso Dzhugashvili had become an Orthodox priest?

People who are interested in this issue might wish to have a look at Ian Kershaw's Fateful Choices, which touches on some of these themes. It is far, far easier to get students interested in the sex-life of Henry VIII, or Charles II, than it is in crop rotation and trade patterns! Make room always for the big ideas...and for the great people.
Posted by Anastasia F-B at 00:27