Clausewitz on the Iraq War 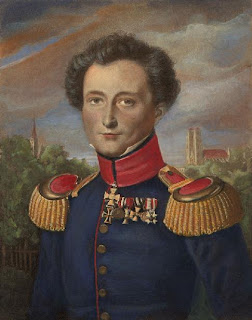 What could the great Prussian strategist have to say about that particular fiasco? Well, consider the following passage from On War-

You see, what is important here, what Clausewitz understood and American strategic planners did not, is not so much the specific design, the aims and objectives as these are conceived in advance of an attack, but what unintended consequences may arise. War is then not a 'continuation of policy by other means.' Rather it can, and does, produce entirely new lines of policy that turn the original objectives inside out. For Washington the unintended consequences of the war in Iraq have, quite simply, been endless.

So, what did the Bush administration not anticipate? For one thing they did not anticipate that America casualties would be greater after 'victory' than before. Above all, it did not anticipate being involved in a sectarian war of possibly indefinite duration. It was all so one dimensional: a deposed dictator, a grateful people a new democracy. In reality, the real consequences, the new departure in policy, has been a more unstable Middle East, an increased danger of terrorism, a growing threat to the civil liberties of the democratic nation, and a widespread distrust of the United States among the Islamic countries.

In response to a deteriorating strategic situation Donald Rumsfeld, the then US Secretary of Defense, said quite simply, in the crassest possible way, 'Stuff happens'. But you see, stuff should not happen if war is a rational pursuit of policy in the sense that Clausewitz conceived this. The advice that the great Prussian strategist would have given to Bush and Rumsfeld is to read the signs history for possible consequences, in an attempt to minimise the variables. But they did not read history; they did not read Clausewitz and they did not understand Iraq. The only certainty now is more chaos.
Posted by Anastasia F-B at 22:58