Falling in Love with a Monster 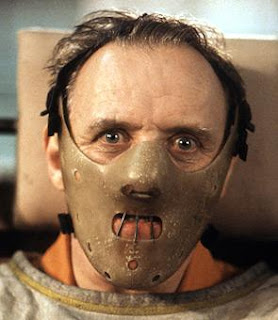 I’ve read all of Thomas Harris’ Hannibal novels, though I think they peaked with The Silence of the Lambs. There is an interesting process at work in these books: Harris’ has fallen in love with his monster! Well, who would not?

Consider the evolution. In The Red Dragon, my personal favourite, Lector has no redeeming qualities at all: he is bad, through and through. Moving on to The Silence of the Lambs an ambiguity begins to emerge, particularly in his relationship with Clarice Starling, the FBI agent, an ambiguity that reveals some more subtle, almost endearing aspects, to his character.

Now we have arrived at Hannibal, and what do we find? Why, a kind of romantic hero! Not only that but a greater monster has arrived, Mason Verger, who laps up the tears of children. And Hannibal Rising, what do I say about Hannibal Rising, my least favourite in the series? Here we find an explanation for Hannibal the man, and how could we not sympathise with his quest for revenge against those who butchered his sister? He is charming, he is cultivated, he is ruthless but the ruthlessness is measured, directed against the hateful and the vulgar. Is he also mad? I really don't know.

So, I’m left with a problem. I return to The Red Dragon and can simply no longer understand how this man evolved from that boy. :-))
Posted by Anastasia F-B at 18:25