It's Time to Forgive Metternich 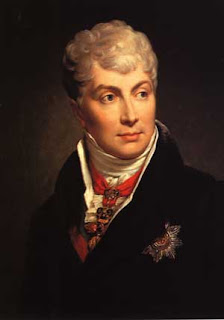 Don’t you agree? Oh, how could I possibly suggest such a thing, how is it possible to forgive the bête noir of late nineteenth century European Liberalism? Well, let me tell you how; let me take you back to the world of the old lost Habsburg Empire, the world that Metternich, in what was ultimately to be a hopeless endevour, tried to preserve.

In 1809, when Metternich was appointed foreign minister, the Empire, long a stable force in central Europe, was close to extinction. Napoleon was carrying ‘freedom’ across the Continent, which in practical terms meant new forms of tyranny, imperialism and political adventurism. Perhaps the old Europe, still burdened with the Gothic ruins of the Holy Roman Empire, really was obsolete; but was a new Europe to be shaped by an ego-manic, driven but the most ruthless forms of ambition ever seen in the world to date? Metternich used all of his energy to rescue Austria and, in the process, to rescue the Continent.

The Europe that emerged from the Congress of Vienna was a Europe free of the domination of a single power, but there was no return to the past: there was no true counter-revolution. More than that, the old-fashioned argument, and it is old-fashioned, hopelessly so, that this ‘new order’ was enforced by an oppressive state apparatus is quite wrong. The Carlsbad Decrees were more than a form of wishful thinking than a basis for practical policy. If one compares the police system with what was to come the following century, when the fires that Metternich tried to contain burned without restraint; even if one compares it with the police system of Napoleon, then it turns almost on the benign. As for the oppression of freedom, that much abused battle cry, consider Metternich’s own words, drawn from his Political Testament;

To me the word freedom has not the value of a starting-point, but of an actual goal to be striven for. The word order designates the starting-point. It is only on order that freedom can be based. Without order as a foundation the cry for freedom is nothing more than the endeavour of some party or other for an end it has in view. When actually carried out in practice, that cry for freedom will inevitably express itself in tyranny. At all times and in all situations I was a man of order, yet my endeavour was always for true and not for pretended liberty.

Was he wrong? We can now look back, from the heights of a new century, on the 'age of party', the 'age of ideology', an age when abstract ends governed and justified horrific means.

Metternich was at the centre of an international order, the first serious attempt at such a structure in history, which aimed to preserve peace through congresses and mutual cooperation. It failed in the end because there were too many divergent interests; it failed, perhaps, because England disengaged from Europe in much the same fashion as the United States disengaged from the world a century later. Yes, it failed but it created a prolonged period of relative peace and stability. The tides of ‘freedom’ washed again in 1848 only to be broken on the walls of power. Thereafter liberalism, nationalism and power were, bit by bit, to reach an 'accomodation', so different from everything that Metternich conceived. It was the beginning, if you like, of a new 'unholy alliance.'

But the old Austria survived, greatly modified, especially after the disastrous war with Bismarck’s Prussia, but it survived until the great tragedy that beset the Continent after the murder at Sarajevo. It survived, in its late senescence, to give shape to one of the most brilliant and creative periods in history: the world of the Vienna cafes, the intellectual forcing-house of the new century; the world of Klimt and Schiele, of Freud and Zweig, selections from a list too tiresome to chronicle in full.

It was also a world where a certain failed Artist, a failed human being, seethed and hated, hopelessly locked into the shadows, dreaming of freedom. It even survived, if in reduced form, until a new tide of ‘freedom’ and nationalism came with the Artist in 1938, silencing the old, this time for good.

Think of Metternich, think of Austria, and then think of what followed. A giant, a true giant, is only ever measured by those who fall into his shadow.
Posted by Anastasia F-B at 00:10