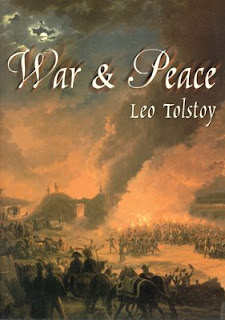 My favourite Russian author is Fyodor Dostoevsky. I’ve read all of his major novels, even managing Crime in Punishment in one glorious and self-indulgent feast. I once had a discussion with a friend of mine, a Russian, on the relative merits of Dostoevsky and Tolstoy, whom she considered to be the greater. I found it difficult to argue with her in the most complete way, for the simple reason that I have not read all of Tolstoy: Anna Karenina waits.

However, I have read War and Peace, and it was on that, his supreme achievement, according to my friend, that our discussions focused. Incidentally, I have also read a lot of his smaller pieces, including his essay on Shakespeare, so brilliantly rebutted by George Orwell in Lear, Tolstoy and the Fool. It was this that gave me an understanding of the weakness in Tolstoy’s character, if not his genius. Yes, nuncle, Thou shouldst not have been old till thou hadst been wise.

So, my argument, simply put, was that, while I could recognise the genius, the sheer descriptive power of the novel, I felt that War and Peace should have been pruned. Sacrilege, did I hear you say? Well, perhaps. My friend did not say as much, but I know that’s what she was thinking: I could tell from the gaps in her expressions! The point is that I found certain scenes in the novel beyond comparison: the whirling imagery used to describe the movement of people and armies; the wolf hunt; Natasha’s dance; the action before, during and after the great contest at Borodino-all those great imaginative heights.

But then came the links, the valleys and the depths: the author’s long, tendentious and, for me, the quite tiresome thoughts on the philosophy of history. I could have done without this altogether; I could have pruned the last sixty pages or so in particular. No matter if I found the ideas themselves quite bogus, the idea that things happen as a consequence of great anonymous forces; they do not. It’s just that they had no place and served no purpose other than to intrude Tolstoy into a setting where he clearly did not belong; where no artist belongs, if verisimilitude is to be carried to the highest degree. Conceit and arrogance are the hallmarks of Tolstoy. But, there again, conceit and arrogance are, perhaps, the hallmarks of genius. 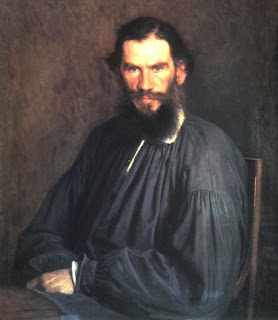