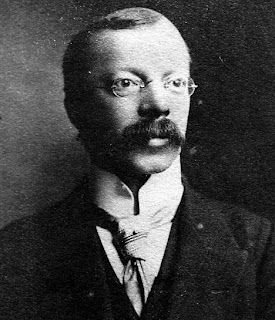 I was astonished to read in The Observer today that the case of Dr. Hawley Crippen has been referred to the Court of Appeal. Dr Crippen, in one of the most notorious cases in English history, was hanged almost a hundred years ago for the murder of his wife, Cora. He was famously apprehended after the captain of the ship on which he was sailing to Canada recognised him and used the new Marconi telegraph to alert Scotland Yard.

The most decisive piece of evidence against Crippen in the 1910 trial was the remains of a body found in the cellar of his London home, assumed to be Cora. The head, bones and genitals were all missing. In summing up, Lord Alverstone, chief justice of the day, told the jury, “Of course, if it was the body of a man…the defendant is entitled to walk out of that dock.” It now seems, on the basis of a DNA analysis, that the body was that of a man!

So, on that basis, and that basis alone, Crippen is likely to be found the victim of one of the longest standing cases of miscarriage of justice in our legal system. Arrangements have seemingly already been made to transfer his remains, interred in the grounds of Pentonville Prison, to the family burial plot in Michigan. But there are still so many unanswered questions. Who was the body in the cellar? Why was Crippen in such a hurry to leave England? Why was Ethel Le Neve, his mistress, who accompanied him on the voyage to Canada, disguised as his teenage son? What happened to Cora? If these questions are not answered, and answered satisfactorily, I think, on the balance of probability, that Crippen was guilty.
Posted by Anastasia F-B at 15:45