The Gospel According to Weyman the Witless 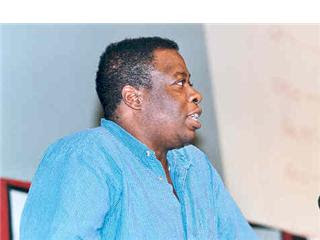 My recent blog on Stopping Hitler focused specifically on the abysmal ignorance of those on the political left who peddle the ‘lessons of history.’ I could have no better conformation of this simple truth than a brief piece in Saturday’s copy of The Times (13 June) by one Weyman Bennett, speaking on behalf of United Against Fascism. Although this organisation is chaired by Ken ‘King Newt’ Livingstone, it’s one of the fronts for the Socialist Workers Party, a rather repellant and chameleon-like Trotskyist movement.

Personally I’ve never quite understood why Fascism should be perceived with such hatred and Marxism not, inasmuch as the one is every bit as ghastly, in terms of historical practice, as the other. No matter; let me put that to one side and focus on the ‘lesson of history’ as handed down by Weyman the Witless. Here is a passage that I found of particular interest;

Politicians in Germany in the 1930s promised to oppose Adolf Hitler’s Nazi Party, but went about it through peaceful and legal means. Far from preventing Hitler’s rise, they ended up nurturing him and eventually handling (sic) power to him.

Would those involved in the ‘handling’ of power to him have included Ernst Thälmann, leader of the KPD, the German Communist Party, which, as I have already indicated, fought savage and murderous street battles with the Nazis right up to 1933? Would those who promised to fight him have included Alfred Hugenberg, leader of the arch-conservative DNVP, the German National People’s Party, who was eventually involved in the back-stage negotiations that allowed Hitler to become Chancellor?

I don’t suppose that there is any point in telling dear old Weyman and all those who have absorbed the ‘lessons of history’ that his assessment is complete tosh. But for those who do not have such privileged insight the facts are simply stated: Hitler was effective handed power by a reactionary elite, including Hugenberg, in the court of President Paul von Hindenburg; an elite more frightened of the violence of the Communists than the threat of the Nazis.

Nick Griffin has no better ally than Weyman the Witless and his puppet masters in the Socialist Workers Party
Posted by Anastasia F-B at 15:52