Moving into Reverse: Lord Rumba of Rio and the new Feudalism 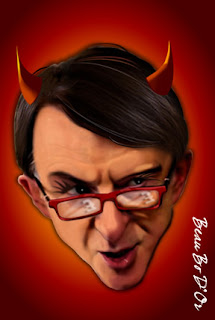 In constitutional terms Britain appears to be going into reverse just at the moment, as power is seemingly drifting away from the Commons to the Lords.

There was a time when peers could serve in the office of Prime Minister, a practice that was fairly common throughout the nineteenth century. The last to do so was Lord Salisbury, who resigned in 1902. Although a ‘convention’-one of the great standbys of the British constitution-has grown up that Prime Ministers should sit in the Commons, there is no compelling legal reason why they must. As late as 1940 Lord Halifax was considered as a possible successor to Neville Chamberlain.

The location of the Prime Minster is really a reflection of the shifting balance of power within our constitution, one which, in the course of the last century, saw the ascent of the Commons and the descent of the Lords. But now, what is happening at this precise moment in time? Why, Gordon Brown, ‘The Best Man for the Job’, has, in order to save himself politically, grown ever more reliant on his good friend, darling Peter Mandelson, Lord Rumba of Rio, the new form of Mephistopheles.

So much power seems to be slipping towards the unelected Lord Rumba that it is conceivably no longer beyond comprehension that a Prime Minister could, once again, sit in the Upper Chamber. Not possible, you say? Yes, perhaps you are right. But did you know that no fewer than ten ministers now report to Lord Rumba in his capacity of ‘super secretary? That’s twice as many as report to the Chancellor of the Exchequer!

One of the blessings-and curses-of being a history student is that one always manages to uncover past parallels with present situations, along the lines of everything occurs twice, the first time as tragedy and the second time as farce. My mind flows back to the fifteenth century, to the time of the Wars of the Roses. There he is, Lord Rumba himself, although in the somewhat grander form of Richard Neville, Earl of Warwick, the Kingmaker! It’s 1469; the Yorkist Party has fallen out; Edward IV, ‘The Best Man for the Job’, has been defeated at Edgecote Moor and is now, more than ever, in the pocket of the Kingmaker.

I could go on like this, but it would only get tiresome. Still, I shall look for traces of a new feudalism in our present situation. Wait: perhaps it’s already with us.

One prop to Joker Brown’s crumbling power is Lord Rumba; the other is the super-union, Unite. Lord Rumba, by his parliamentary manoeuvres, has allowed the Joker to continue on course. Still, there was always a danger that things could get troublesome come the conference season, when the Labour Party at large has a chance to make its views heard, though in recent years these events have been so staged-managed that they resemble nothing more that meetings of the Soviet Communist Party in the time of Stalin.

Even so, there is no point in taking chances. So the National Executive Council has been packed with Unite placemen, answerable to an old confidant of the Joker. Can you guess who it is? No? Why it’s non other than the thuggish Charlie Whelan, his one-time spin doctor. Opponents of the Joker can thus expect ‘an offer they can’t refuse’ from Don Whelan.

Perhaps we truly are back in the Middle Ages. It begins to feel like it. 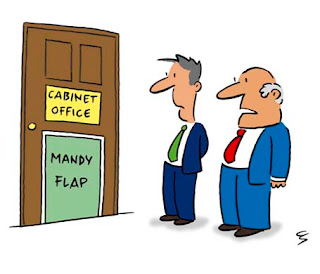