I'm considering one reasonably well-known statement from Chapter Six of The Prince: "Hence it is that all armed prophets have conquered, and the unarmed ones have been destroyed." For Machiavelli this is the central lesson of history. But it is also a message that goes against that of the church: for the 'unarmed prophet' is Christ. The 'prophet armed' is, of course, Mohammed.

However, I do not think that 'Old Nick' was delivering am anti-Christian message as such. After all, for centuries the Christians had taken up arms, in wars both just and unjust. Machiavelli’s great crime was, as I have said, to describe the practice of politics, free from ethical and theological fictions: for it was right, as he puts it, "to represent things as they are in real truth, rather than as they are imagined."

In essence, therefore, the message was a practical one; that in a world of deceit and treachery that those who seek to act virtuously in every way-to follow pure Christian doctrine, if you like-are on the road to self-destruction, not self-preservation. If the Prince is to maintain his rule he must learn "how not to be virtuous and make use of it according to need." Christ was shown the kingdoms of the world and rejected them. For the Prince Machiavelli repeats Satan's temptation, urging him to take up the sword for the sake of the good that can only be accomplished by the possession of power.

Machiavelli intended his brilliant little treatise both as a satire and an analysis of how attain power and, more important, how to hold it. In the treacherous world of sixteenth-century Italian realpolitik there is simply nothing to be gained from the exercise of virtue for the sake of virtue. The exhortations of his Humanist contemporaries, notably Thomas More and Erasmus, the Christian ethics they advance, were no more than a comforting illusion. It's acutely ironic that the Church, for all its disapproval, advanced men like Pope Julius II, for whom The Prince might very well have served as a personal manifesto 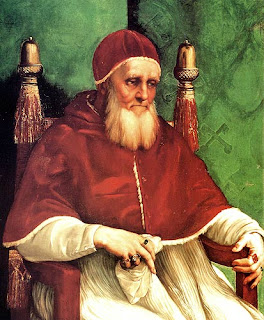