Political Fraud; the Story of the People's Convention 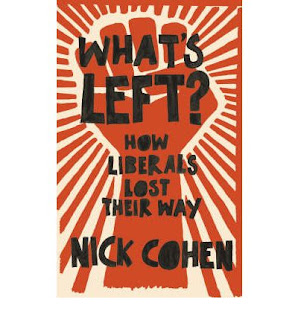 The so-called People's Convention was set up after the outbreak of the Second World War, supposedly on the initiative of the Hammersmith Trade. In reality the initiative came from the Kremiln during the time of the Nazi-Soviet pact, the honeymoon of the odd couple. Loyal Communists were instructed to denounce the struggle with Germany as an 'imperialist war', hence the need for bogus front organisations like the People's Convention.

It was all quite subtle, of course, in the usual Communist style. People were encouraged to join in support of initiatives like higher living standards or better bomb shelters. Once safely enrolled they discovered that the 'real enemy' was not Germany but Winston Churchill and those members of the Labour party who joined the wartime coalition. The best denunciation of the whole fraud came from George Orwell, Harold Laski and Victor Gollancz, who in 1940, under the auspices of the Left Book Club, publised Betrayal of the Left. In this Gollancz asked,

Can anyone carry self-delusion to the point of being able to read through the file of the Daily Worker [The Communist Party Newspaper] and still believe that this motive was any other than to weaken the will to resist? When, at the same time, you tell people that this is an unjust war, fought for no purpose but to increase the profits of the rich: when you jeer at any comment about the morale and heroism of the public and call it 'sunshine talk'; what possible purpose can you have but to stir up hatred of the government and hatred of the war, with the object of underminining the country's determination to stand up to Hitler?

The Convention, shameful as it was, attracted the support of some prominent intellectuals, including Raymond Williams and Eric Hobsbawm, who wrote a pamphlet defending the Soviet aggression against Finland, because Stalin was only seeking to defend Russia against an attack by 'British imperialists'!

You will find more information on the Convention in "All the Russians Love the Prussians", Chapter Eight of Nick Cohen's What's Left, an excellent expose of the moral cowardice of so much left-wing thought.
Posted by Anastasia F-B at 01:44