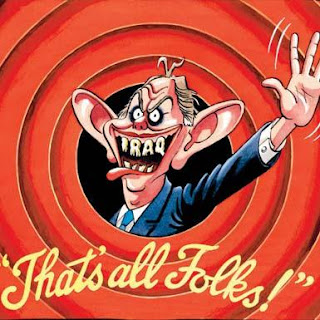 I accuse the present Labour government in England of being the most criminally incompetent we have ever had.

I accuse Tony Blair of involving my country in one of the most unjustifiable and unnecessary military adventures in our history, worse, even, than Suez. We went to war in Iraq in pursuit of non-existent terrorists and illusory weapons of mass destruction. We found a bad situation and we made it infinitely worse. We removed a secular dictator, only to allow the worst forms of fratricidal and religious conflict to emerge. Blair's administration, in its embarrassment over the lies and deceptions that took us to war in the Middle East, tried to hide the true facts, and may very well have hounded an innocent man, Dr. David Kelly, to his death. Going to war in Iraq also meant losing focus in Afghanistan, allowing the Taliban to make a major comeback, the source of our present troubles.

I accuse him of dismantling of the United Kingdom while passing ever more powers to the European super-state, a threat to English liberty in every way as great as Napoleon or Hitler. I accuse him of allowing unprecedented levels of immigration, including the arrival of thousands of bogus ‘asylum seekers’, into an already overcrowded Isle. I accuse him of losing control of the criminal justice system, presiding over the steady disintegration of social order, which continues to this day. I accuse him of introducing levels of cynicism and manipulation into British politics far in excess of any previous prime minister; he turned principle into spin, manipulating the whole system of government into his own self-serving ends. His greatest achievement-arguably his only achievement-was to give way to the utterly charmless Gordon Brown, a brilliant exercise in self-promotion, which has served to make him look good in retrospect, casting a fog over his deep moral turpitude.

I accuse Gordon ‘the Joker’ Brown, of being the worst Prime Minister of the worst government we have ever had, worse, even, than Frederick, Lord North, and that really is some achievement. I accuse him of mismanaging the economy, both as Chancellor and Prime Minister, to the point of taking this country to the threshold of bankruptcy. I accuse him of losing control of the whole banking sector, which descended into the deepest levels of fiscal irresponsibility. I accuse him of lying to the people of England about the precise causes of the present economic downturn.

I accuse him of perpetuating the Blairite culture of lies and spin, adding malice to the venomous mixture, numbering on his staff the utterly vile Damian McBride, a man with all of the poison but none of the intelligence of Josef Goebbels. I accuse him of starving the British Army of the men and equipment necessary to complete the task it has been given in Afghanistan. The fact that the army is underfunded, underequipped and understrength is contributing to the growing level of casualties.

I accuse him of surrendering even more of our sovereignty to Europe in the Lisbon Treaty, the Constitution by any other name rejected by democratic votes in both France and the Netherlands. Beyond all else, I accuse him of being absorbed by double-speak and spin, of not having the wit or the intelligence to see how meaningless his own words have become.

To this government I would simply repeat once again the words Oliver Cromwell used in dismissing the Long Parliament in 1653;

You have sat too long for any good you have been doing lately ... Depart, I say; and let us have done with you. In the name of God, go! 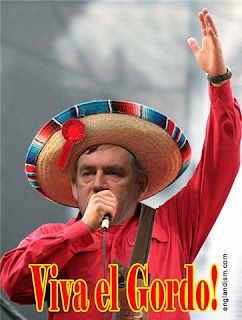