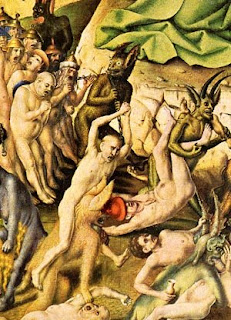 The whole concept of hell is so complex, subject to great variations across faiths, but I want to concentrate specifically on the Catholic view.

By their traditional teaching the souls of unbaptised children, all unbaptised children, are neither in heaven nor hell but in limbus infantum. The second limbo, the limbus patrum-the limbo of the fathers-was where the souls of those who died before the advent of Christ were confined, but who were still considered to stand high among the just: this would include, of course, all of the great Jewish patriarchs.

By the Middle Ages the established Catholic position was that all who did not accept Christ as their saviour and-just as crucially-the authority and teaching of the Church, were destined for Hell, understood in a very literal sense. This would embrace heretics as well as heathens, as Innocent III, the greatest of the Medieval popes, made plain when he said 'There is but one universal Church of the faithful, outside of which no one at all can be saved', a dogma confirmed by Boniface VIII in Unam Sanctum, a bull of 1302.

However, all this was changed by the Second Vatican Ecumenical Council, which met in Rome from 1962 to 1965, and is generally known now as Vatican II. In The Dogmatic Constitution of the Church, one of several documents to come out of this gathering, it is specifically written that

The non-Christian may not be blamed for his ignorance of Christ and his Church; salvation is open to him also, if he seeks God sincerely and if he follows the commands of his conscience, for through this means the Holy Ghost acts upon all men; this divine action is not confined within the limited boundaries of the visible church.

This was followed by Nostra Aetate, which says, amongst other things, that the Catholic Church rejects nothing that is true and holy in non-Christian religions, and that God holds the Jews most dear for the sake of their Fathers. The 1994 Catechism of the Catholic Church also says that the church has a special relationship to both Jews and Muslims because of the common reverence for the prophet, Abraham. In 1999 Pope John Paul II simply said that Hell was 'absence from God'. The 'presence of God' thus must be seen to embrace both Jew and Gentile. 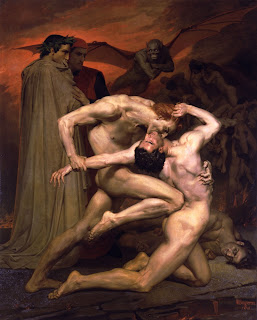