Crimes against the Germans 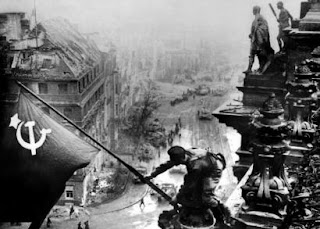 This is a tragic story, one that deserves to be better known; and, yes, it was a crime against humanity, which involved, sad to say, the western powers as well as the Soviets. Anyway, you will find all of the details in Giles MacDonogh's After the Reich: from the Liberation of Vienna to the Berlin Airlift (London, 2007), specifically in Chapter 15, headed Where are our Men? Briefly, of the eleven million soldiers taken prisoner on or before May 1945 a million and a half never returned; most from captivity in the east, but also well over 100,000 in the west.

When Germany surrendered the Allies decided that the state had ceased to exist, so newly captured soldiers were defined as 'Surrendered Enemy Persons' or 'Disarmed Enemy Persons', which meant in practice that they had no protection as POWs under the Geneva and the Hague Conventions. Therefore almost half the soldiers taken by the British and Americans, both of whom had signed the Geneva Convention (the Russians had not), had no right to the same levels of subsistence and shelter. They were used, quite freely, as slave labour; and many died as such, while the likes of Fritz Sauckel and Albert Speer stood indicted at Nuremberg for this very crime. While the Americans were seeking to prosecute the perpetrators of the Malmedy massacre, where some hundreds of POWs had been killed by advancing SS units, anything up to 40,000, yes, 40,000, Germans were allowed to die of starvation, exposure and neglect in muddy, open-air camps scattered along the banks of the Rhine. A tragic story indeed.
Posted by Anastasia F-B at 16:49