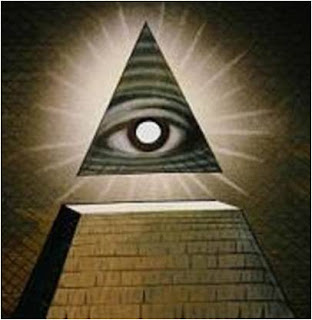 The modern conspiracy theory took shape in the aftermath of the French Revolution. I’m thinking in particular of the work of Augustin Barruel, the man who it has rightly been said who created a tradition, one that might be said to have emerged in Fascism, on the one hand, and the likes of the ghastly Da Vinci Code on the other!

Barruel, a Jesuit priest, wrote Memoirs to Serve for a History of Jacobinism, in which he claimed the Knights Templar, yes, the Knights Templar, had not been destroyed in the Middle Ages, but had simply gone underground, there plotting to take over the world. It was they, in their hatred of monarchy and the Catholic Church, who had organised the Revolution of 1789 and all that followed. Of course, they did not call themselves Templers, rather they hid under cover names, the Freemasons being the most noted of these.

So, by this, Barruel became the prophet of the counter-revolution. Towards the end of his life he began to find new agents of dissention in the Jews. There was, of course, a long anti-Semitic tradition within the Church, but Barruel was moving away from old notions of religious-based hostility towards an entirely new secular doctrine, where the Jews were not perceived as individuals but as a group, united in a common conspiracy. And as it was the Revolution that liberated the Jews from their old Medieval disabilities, made them part, in other words, of a modern civil society, then the Jews were clearly united with the Freemasons, or the Templers, as architects of the conspiracy that threatened to destroy Barruel's notions of all that was good in the world.

I am sure you can see where this is going, that there is a process that unites the thinking of this clerical oddball with the fantasies of the Okhrana, the Tsarist secret police, and all else that followed.

Here is a text you might care to ponder on;

For a long time, the Jews have been planning, skilfully and with precision, for the attainment of what they have attained. They took into consideration the causes affecting the current of events. They strived to amass great and substantive material wealth which they devoted to the realisation of their dream. With their money they took control of the world media, news agencies, the press, publishing houses, broadcasting stations and others. With their money they stirred revolutions in various parts of the world with the purpose of achieving their interests and reaping the fruit therein. They were behind the French Revolution...and most of the revolutions we heard about, here and there. With their money they formed secret societies, such as Freemasons...and others in different parts of the world.

Do you have any idea where this is from; Barruel, perhaps, or The Protocols of the Elders of Zion? No, it is from Article 22 of the 1988 Hamas constitution.
Posted by Anastasia F-B at 16:23