England and the First World War 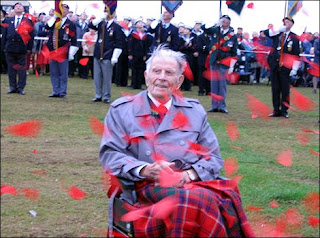 I post this piece in memory of Harry Patch, the last of the Tommies, who died yesterday.

Would it have been possible, I ask myself, for England to have remained out of the Great War, on much the same basis it had during the Franco-German conflict of 1870-71? The simple answer is yes, it would. There is not a trace of evidence that the Kaiser was any more ambitious than Bismarck, nothing at all to confirm the supposition that he was determined on European conquest. Indeed, at the outset of the conflict Germany had no long-term war aims at all, and its military actions were just as defensive as they had been during the earlier conflict with France.

What about the German Navy, an objection that might immediately be offered? Was that not a genuine threat to our national security? Actually rather too much can be made of the Anglo-German naval race which preceded the war, often viewed in isolation from naval developments elsewhere in Europe. Though they were certainly weaker than the Kriegsmarine, it is important not to underestimate the combined strength of the French and Russian navies. Now at war, Germany would hardly have wished to antagonise the British, and risk bringing in the Royal Navy; and one sure way of doing this would have been by a unilateral blockade of France. Look at the map; such a move would have been quite impossible in the face of English opposition. Germany most assuredly would not have control of the seas.

I do not believe the war, without English involvement, would have been a long one; and I also believe that the victor would have been Germany, not France. In any peace that followed the Germans would have had to take cognisance of the English view, which would surely have precluded any punitive treaty.

Let's look at some of the facts. The Triple Entente between England, France and Russia was not an alliance, merely an 'understanding', that loosest of diplomatic terms. Up to the very last minute the British cabinet was of the view that it would have been possible to remain aloof. Ah, but the invasion of Belgium made English entry inevitable, did it not? Well, no, it didn't. As late as 1905 the Foreign Office was of the view that the 1839 Treaty of London did not bind England to defend Belgium 'in any circumstances', and I stress this expression. There was even a possibility that England would simply stand back if the Germans moved through the peripheries of Belgium and paid for any damage caused, a view taken by the then Chancellor of the Exchequer, David Lloyd George.

Such cynicism would have been an exercise in pure Realpolitik, I know, but it could have left England as the arbiter of Europe. We know that the Germans were desperate to keep England out of the conflict. In July 1914, Theobald von Bethmann-Hollweg, the German Chancellor, told the British ambassador in Berlin that, in return for his country's neutrality, that Germany would guarantee the integrity of France and Belgium. A victory would have left Germany the dominant military power in central Europe, certainly, but not necessarily in control of France and the Low Countries.

Let me say, in conclusion, entering into the virtual history at its most pure, that it would have been better for England to have remained aloof: it would have saved the lives of a million men and ensured that the Empire was not weakened, as it was, by participation. A German victory would have saved the old Austro-Hungarian Empire, in many ways infinitely better and more humane than what followed. It would have avoided the problems caused by an enlarged Serbia, which were to trouble the world for decades after, and have still not completely gone away. The defeat of Tsarist Russia without a prolonged struggle would not have created the misery that saw the victory of Communism and the emergence of Lenin and Stalin. Above all, we would never have heard of Adolf Hitler. Now, would that not have been better for us all?
Posted by Anastasia F-B at 01:22