From The Swan’s Encampment by Marina Tsvetaeva

Most people, I suppose, know little about the Russian Civil War, and what little they know tends to be inaccurate. What I should say, first off, is that Bolshevik seizure of power in November 1917 was not a revolution, as commonly described, but a military putsch by a gang of murderous desperados. The real Revolution, the democratic revolution, if you prefer, came in March of that same year. A Provisional Government was formed pending the election of a Constituent Assembly, the first fully democratic body in Russian history. But when it met it was immediately dismissed by the Communists, who had received half of the vote of their nearest rivals. A new dictatorship, based on force and terror, was then put in place.

The Volunteers, a tiny band of officers of the old army, based in the far south seemed from the start to be in a hopeless position. Lavar Kornilov managed to organise a core of resistance in the city of Rostov-on-Don; but, under attack by the Reds, he was forced to abandon his position, as the White Guard retreated into the Kuban in the deep of winter. This was the beginning of the Ice March, one of the true epics of Russian history. Anton Denikin, Kornilov’s second-in-command, said of this, “We went from the dark night of spiritual slavery to unknown wandering in search of the bluebird.” In Russian folklore the bluebird is the symbol of hope.

Kornilov was killed on the march but the White Guard survived under the command of Denikin. Thousands joined, including Sergei Yakovlevich Efron, the poet Marina Tsvetaeva’s husband. The tide washed almost to the walls of Moscow. Unfortunately for Russia, unfortunately for the people of Russia, the Reds had a commanding control of the centre of the country and the rail network. The Putschists survived; the bluebird died.

On that same visit to Moscow, when I went to gawp at Lenin, or what purports to be Lenin, I also visited the grave of Anton Denikin at the Donskoy Monastery, this time in a spirit of quiet reverence. 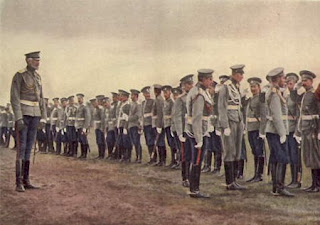 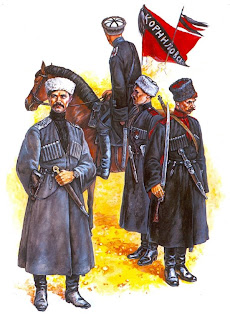 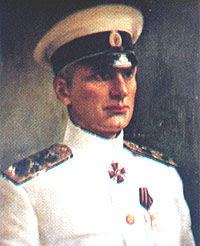 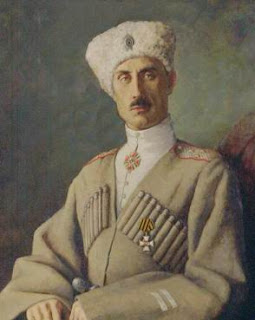