KIss and Tell, so what's new in the World? 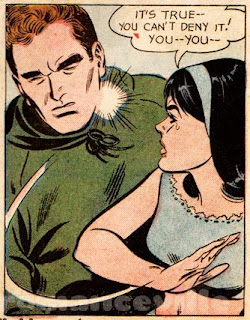 Sex scandals, yea, so what’s new? The topic brings to mind a paper I wrote as last term on on social and sexual mores in Georgian England. Harriette Wilson was one of the people I touched on, a couretesan who attempted to extort money from her former lovers with her Interesting and Amorous Adventures. It was all rather sad really: her looks had faded and her annuities had stopped. Her book was little more than a desperate attempt at a pension scheme.

Sally Salisbury also deserves a mention here, for the simple reason that the 1723 An Account of the Tryal of Sally Salisbury is the first example of hack reporting of a sex scandal, demonstrating that the public had a taste for this sort of thing.

Margaret Leeson, whose real name was Peg Plunkett, published her own autobiography, Memoirs of Mrs Leeson, Madam, in 1795. Her clients included the high and the even higher; bankers, judges, merchants and noblemen, the Duke of Rutland being the highest of all.

She had the example before her of Fanny Murray, whose lovers had included Beau Nash, John Wilkes, Sir Francis Dashwood and the Earl of Sandwich. Her autobiography, Memoirs of the Celebrated Miss Fanny Murray, published in 1759, is particularly revealing, because she attributes the beginning of her 'downfall' to being raped by the disreputable Jack Spencer, grandson of Sarah Churchill, Duchess of Marlborough.

Julia Johnstone's story was just as unfortunate, though her social origins were quite different to those of Fanny Murray. The grand-daughter of Lord Carysfort, she was seduced by one Colonel Cotton, by whom she had several children before being abandoned. Thereafter she moved in with Harriette Wilson and, impressed by the success of her memoir, wrote her own Confessions of Julia Johnstone. But poor Julia was far too priggish, and her sexual secrets too tame, to cash in on the public mood.

These memoirs and confessions came at just the right point in history. In the past revelations of this kind would have been impossible because of the social and criminal penalties attached. The Georgian period was not only one of far greater sexual licence but publishing was becoming ever more important, with a new public, literate and prurient, eager for scandal of all sorts. You see; not much changes!
Posted by Anastasia F-B at 02:10