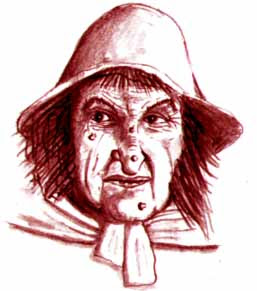 I don’t suppose too many people have ever heard of Ursula Southeil, though some may know her better as Mother Shipton. According to legend she was born in a cave near the town of Knaresborough in Yorkshire in the late fifteenth century, during the reign of Henry VII. Although reputedly of grotesque appearance she later married one Toby Shipton.

Almost nothing is known of Mother Shipton’s life, and there is no substantive contemporary evidence. The story goes that she developed unique gifts of insight and prophecy. Her predications were collected and published for the first time in 1641. Amongst other things she is said to have foretold both the Great Plague and the Great Fire of London, both to fall later that century.

Did she ever exist? It’s impossible to say with any certainty, though the accepted view is that she was indeed a real person. All that can be said is that her existence can only be inferred or deduced, if you like, from her Book of Prophecies, which could have been complied by almost anyone with some imaginative gifts.

Do I think she existed? No, I probably don’t, on the balance of probability. I find it difficult to imagine that a woman of hideous appearance, with those gifts and living in that age could have escaped a charge of witchcraft. But it’s possible to visit her cave; people have been doing so for almost five hundred years! 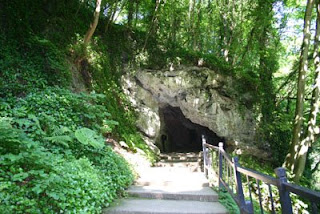