Freedom for Scotland; Independence for England 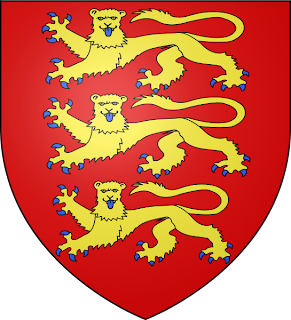 I should say, to begin with, that I love Scotland as a country: I even love some of the people! My family has a cottage in Easter Ross in the north of the country, and we went there just about every August when I was growing up. There was so much that I absorbed, so much of the history, the culture and the folklore of the place; tales of seers, and of witches; of heroes and of villains: people like Alexander Stewart, the wonderfully named Wolf of Badenoch.

I imagine that most English people really don’t know all that much about our closest neighbour and oldest partner. Well, let me begin by saying that if it wasn’t for England Scotland would not exist. Yes, I can hear those Caledonian roars! What exactly do I mean? Just this: it was medieval English aggression, most forcefully expressed during the reign of Edward I, the anti-hero of that awful Braveheart movie, which began the process of forging a specific Scottish identity, something that hardly existed before the thirteenth century.

Ever since that time the Scots have continued to define themselves less by what they are than what they are not: and what they most assuredly are not is English. But they need us, oh my goodness how they need us, and not just as a source of subsidy. For, you see, the aforesaid Scottish identity also contains a deep mood of inferiority, almost of helplessness. I simply don’t believe that the Scots will ever take that final step and break with the Union. They need us to do it for them. Let me explain.

Scotland now has its own parliament; it has for some years now. It even has an administration headed by the Scottish National Party (SNP), dedicated to something called ‘Independence in Europe’. Independence in Europe-is that not a wonderful contradiction, casting off London to embrace Brussels?! This administration is also committed to holding a referendum on the question of independence, though it seems doubtful that it will be able to press the point for the present, given that it does not hold a majority of seats and given the opposition of the other parties.

But even if there was a referendum I do not believe that the majority of Scots would vote in favour because they would then be left to face themselves; and, as I have already said, Scotland has depended too long on England for its sense of what it is and where it stands. Scotland will remain in the house, almost like an unruly and surly teenager. So, there is no other way: England has to declare independence; England has to throw the cuckoo from the nest.

Personally I would be sorry to see the end of Britain because I believe the whole has been so much greater than the sum of its parts. But think of the benefit for both nations. The Scots would at last be able to find a true identity, not one that is simply anti-English. They would, one hopes, bit by bit loose that deeply ingrained sense of national inferiority. They would have to live on their own resources-and subsidies from Brussels. They can do this, at least the SNP believes so; and who am I to argue with that?

For England it would mean that our tax subsidies would no longer flow north. Our resources would be just that-our resources. There would no longer be a danger of a Labour administration propped up in the south by votes from the north. We would no longer have the invidious situation whereby Scottish MPs can vote on English domestic policy, whereas English MPs have no say whatsoever on that of Scotland. The situation as it stands is quite intolerable. Oh, yes, we could also send Joker Brown and Eyebrows Alistair back home, where I feel sure they will make a welcome contribution to the affairs of their native land. Indeed, is there any better argument than that for English independence?

Yes, lets part as friends: freedom for Scotland and independence for England.
Posted by Anastasia F-B at 17:11