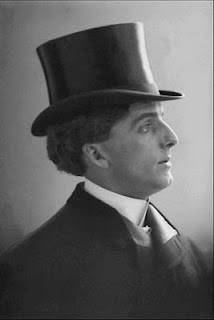 I have a particular interest in the history of manners, the evolution of style, if you will. I'm reminded of a brief piece I once wrote on the nature of manners, based on my reading of Mark Girouard's The Return of Camelot: Chivalry and the English Gentleman.

The author describes the nineteenth century rise of what he calls 'the chivalrous gentleman', possessing specific codes of honour-focusing on notions of duty-that would simply have been unintelligible to his eighteenth century counterpart, who respected themselves for their property, not their virtues. In the high-noon of Victorian England the gentleman is reshaped in the light of contemporary domestic virtues, and by a new emphasis on the importance of duty, self-sacrifice and heroism.

The English public schools themselves-the nursery of the gentleman-glamorised these new virtues, thrusting aside the self-interested Flashman and his kind in favour of the altogether more morally appealing Tom Brown. Old notions of chivalry were reinterpreted to suit the modern mood, a revived Malory tailored to the hour.

For an emergent middle-class audience Charles Dickens parodied the older type of gentleman, more devoted to his own interests than to the community at large, in characters like Jem Harthouse, James Steerforth and Eugene Wrayburn, all very much on the model, it might be said, of a mature Flashman, attentive, primarily, to their own selfish desires, with a code of personal ethics that neither sought nor required any greater sanction.

Now the greatest fear was for a gentleman to show any form of cowardice, moral or physical. There is perhaps no better example of the 'new model' gentleman than Oscar Wilde, who, faced with disgrace, refused to leave England because, as he later confessed, he did not want to be 'thought of as a coward and a deserter.' An eighteenth-century Oscar would almost certainly have headed straight for Dover, caring nothing for the opinion of others, good or bad!
Posted by Anastasia F-B at 16:53