England and the Black Death 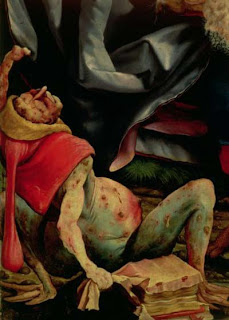 England did not witness some of the things that arose in the wake of the contagion on the Continent, the 'hysterical' elements, which included pogroms, apocalyptic preaching and the upsurge in the Flagellant movement. The chief impact, paradoxically, was a weakening in the authority of the church. So many priests and clerics died that the gap in numbers had to be made good by the hasty ordination of men hardly suited to the task. The resulting decline in educational and moral standards among the clergy saw an upsurge in anti-clericalism among the laity. By the end of the century this was such a well-established feature of English social life that it provided rich ground for the Lollards, a proto-reform movement. Even if they were not attracted by new heretical ideas many people adopted an attitude of morbid scepticism, which eventually found expression in the Danse Macabre, arguably one of the great defining images of the late Middle Ages. 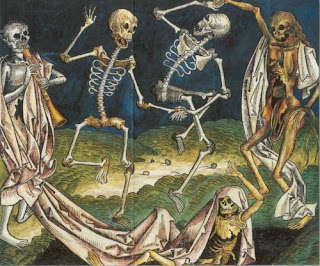