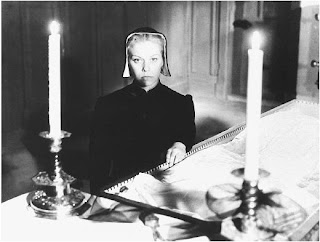 It’s impossible to recall all of the victims of the great European Witch Hunt; there are simply too many. But I have made it my task to spotlight at least some, those who may stand for all of the others, both known and unknown; those whose lives and deaths serve to memorialise all of the martyred and butchered children of the earth.

I’ve only just become aware of the case of Anna Pedersdotter Absalon, who was burned alive in Bergen in 1590, having been found guilty of a charge of witchcraft, the most noted case of its kind in the history of Norway.

Anna is unusual in that most of the victims of the witch hunt were poor women, women at the outer fringes of society. But she was not. Anna was the wife of Absalon Pedersen Bayer, a Lutheran minister and humanist scholar, who taught at the University of Bergen. She and her husband were prominent in the local Reformation, seeking to destroy the old holy images in the area, considered to be idolatrous. Those who held to the Catholic faith resisted in any way they could. People like Absalon were too powerful and well-connected to be attacked, but Anna, as a woman, like all others, was vulnerable to an accusation of witchcraft, used, in her case, with a clear political intent.

In 1575 she was charged with having used witchcraft and sorcery to kill Bishop Gjeble Pedersen, her husband’s uncle, in order to make Absalon bishop in his stead. Her husband, calling on the intervention of the King of Denmark himself, then ruler of Norway, managed to have the charges dismissed. Absalon died soon after, leaving Anna wealthy and vulnerable to accusations that simply refused to go away.

In 1590 the case was finally reopened, with Anna now old, cantankerous and friendless. The usually accusations of maleficia were presented, and Anna was indicted on several cases of murder by magic. With courage and presence of mind, she rebutted these charges, including one that she had caused the death of a child.

Proceedings continued with the introduction of a diabolic element. Anna’s own servant testified that her mistress had turned her into a horse and ridden her to a Sabbath at a mountain called Lyderhorn, where she and other witches plotted to raise a storm to wreck ships arriving at Bergen. Even as a horse this servant seems to have lost nothing of her human comprehension. It was on the basis of such testimony that Anna was condemned and burned. All the way to the site of her execution she called out her innocence.

I suppose Anna might have been completely forgotten if it had not been for Hans Wiers-Jenssen, a Norwegian playwright, who brought the story to public attention in the early part of the twentieth century. Anne Pedersdotter, his play, was translated into English by John Masefield. Later still it inspired the making of a film, Day of Wrath, directed by Carl Theodore Dreyer. It was screened in his native Denmark in 1943, then under Nazi occupation, a time when the echo of an old witch hunt would resound among the new. 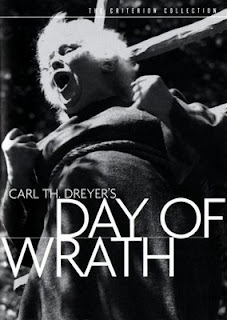