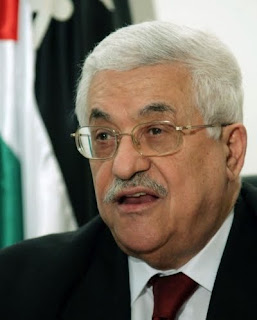 Mahmoud Abbas, the Palestinian President, has had enough, and who can blame him, with Hamas on one side and Binyamin Netanyahu, Israel’s Likud Prime Minister, on the other. The ‘Two State Solution’, the one genuine hope for a peace in the Middle East, is very likely to go with him. Barak Obama, for all of his overripe rhetoric, has been totally unable to stop the advance of Israeli settlements on the West Bank. But the final straw for Abbas was Secretary Clinton’s shift from demanding a complete freeze on settlements to praising Netanyahu’s ‘restraint’, though I personally am not at all sure in what fashion this alleged ‘restraint’ has expressed itself.

Showing herself to be the true stateswoman she clearly is, she then flew to Cairo to urge President Mubarak to put pressure on Abbas to re-enter negotiations with Israel unconditionally. Already unpopular because of his delay in endorsing the Goldstone Report accusing Israel of war crimes, already thrown into the ‘dust-heap of history’ by Hamas, the wretched President of a non-existent state had little real choice but to announce his departure. It really is such a pity, for those too blind to see, as Nader Said-Foqhhaa, a Palestinian political analyst put it, that “He is the best president that the Americans and Israelis can have. He is ready and willing to go the distance. But what did he receive? Nothing.” Now turn to the Book of Jeremiah;

They have healed also the hurt of the daughter of my people slightly, saying, Peace, peace; when there is no peace.

Will there ever be peace? It does not seem very likely. Mahmoud Abbas was probably the last best hope, a moderate man surrounded by fanatics and dogmatists; secular ideologues and Bible literalists. Oh, wait, I’m being far too pessimistic; there is a man whom all realms obey, dost sometimes counsel take…and sometimes tea. There is Tony Blair. :-))
Posted by Anastasia F-B at 15:57