Idolaters and Sodomites; the end of the Knights Templar 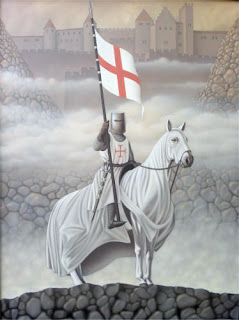 The real point, I think, to hold in mind with regard to the Templars and the other crusading military orders of the day is that they had, by the time of Philip the Fair, King of France, been 'weighed in the balance and found wanting.' Philip was the first to accuse the Templars as being practitioners of magic, sodomy and other sexual vices, though this was really no more than a standard charge leveled against all heretics at the time; he was even to make similar accusations against the Pope himself!

The wealth of the Templars was certainly a temptation. Far more important, though, was the fact that they had, by 1307, really served their purpose. Moreover, while Philip's accusations are clearly ludicrous, the Templars had been guilty of some long-standing abuses, abuses that were widely recognised, and resented. For one thing they had legal privileges not granted to others; and for another they were wealthy, though they continually pleaded poverty. Matthew Paris, the chronicler, noted in 1245 that "The Templars and Hospitallers receive so much income from the whole of Christendom, and, only for defending the Holy Land, swallow down such great revenues as if they sink them into the gulf of the abyss."

The greatest offence of the military orders, though, was that of pride. Jealous of one another, it was thought that their chief energies were expended in mutual hostilities, rather than against the Saracens. In Renart le Nouvel, a satire of 1289, Jacquemart Gelee, makes fun of the competition between the Templars and the Hospitallers in trying to recruit Renart the Fox. More seriously, Pope Nicholas IV suggested that their quarrels had contributed to the fall of Acre in 1291, the last fragment of the Holy Land still in the hands of the Crusaders. Some even went so far as to suggest that the military orders were unwilling to fight the Saracens because they were secretly in alliance with them.

So, by the time that Philip decided to act in 1307 the orders were no longer highly regarded, with few powerful friends. So, why the Templars and not the Hospitallers? Quite simply because they had long promoted themselves as the greatest of the orders, the first in the ranks of the defence of Christendom. But in the accounts of the fall of Acre it is they who come off worst, more interested in saving their treasure than in fighting the enemy. Their fall was the price of wealth; it was also the price of failure. 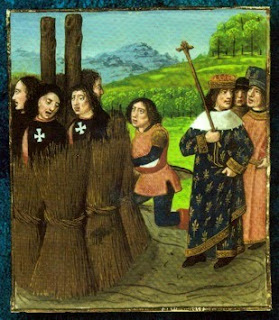 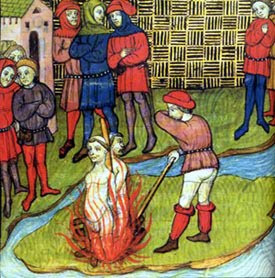 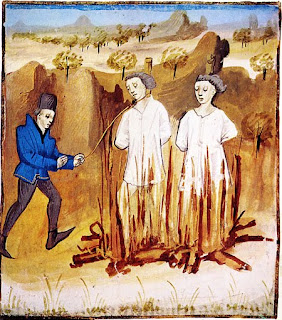