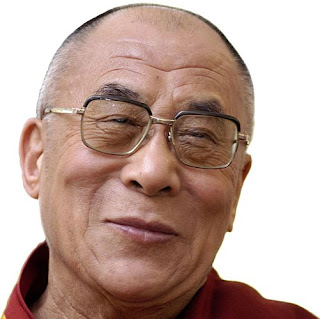 The Chinese government have high hopes for Mao Obama (there is a t-shirt!), who is about to descend on them for a visit. He of all people should understand their position on Tibet. Why? Because he is a black man, of course, one who has praised the great liberator, Abraham Lincoln.

You see, according to Qin Gang, a spokesman for the foreign ministry, Tibet under the Dalai Lama was the equivalent of the ante-bellum South, and that those calling for Tibetan independence are no better than the slave-holding secessionists of the Confederacy. The Mighty Qin continued;

He [Obama] is a black president and he understands the slavery abolition movement and Lincoln’s major significance for that movement. Lincoln played an incomparable role in protecting the national unity and territorial integrity of the United States.

So, there you are. I find it difficult, I have to say, to think of the dear old Dalai Lama as a kind of Jefferson Davis, the President of the Confederate States of America, just as I find it difficult to conceive of Hu Jintao, president of the People’s Republic of China, in the role of Lincoln. But, my goodness, how this bizarre comparison gives insight to the mentality of the Chinese leadership, their lopsided understanding of freedom and their condescending, slightly racist, view of Obama.

Yes, why would a ‘black president’ not understand their position on Tibet, a country they ‘liberated’ much to the gratitude of the local people? No matter that the said ‘liberation’ was accompanied by the wholesale destruction of Tibetan culture and the further ‘liberation’ out of life itself by those who offered any objection. Chinese Communist liberation by anyone else’s standard gives all the appearance of being the most brutal and arrogant form of imperialism. Tibet, one hopes, will rise again.
Posted by Anastasia F-B at 17:44