Remembrance of things Past 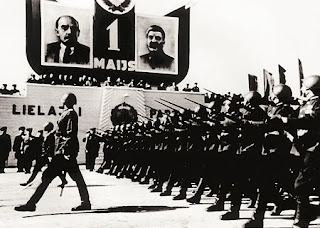 I was reading recently about the museum in Warsaw dedicated to the story of the city’s rising against the Nazi occupiers in 1944. It opened some five years ago and has proved massively popular with the Polish people, attracting a million and a half visitors so far, an attendance rate far higher that the other museums in the city.

This, and similar projects elsewhere across Eastern Europe, is part of a process of national rediscovery, a new awareness of past struggles in the light of present freedoms. For there was a time, and not so long ago, when so much of the past had to be ‘forgotten’ for reason of political survival, if no other. We tend to forget in the west that for many across the Continent May 1945 is noted not for the end of the war but the substitution of one occupation for another.

History across the east is a living presence, though not always a comfortable one. Václav Havel, the former president of the Czech Republic, has said that Europe will not be united until communism and fascism are recognised as a common legacy. That seems obvious to me though the attempts by the Lithuanians, Poles and other to draw an exact parallel between Nazism and Communism has met with resistance from sections of the Jewish community, who see the former as uniquely evil.

Ephraim Zuruff, an Israeli Nazi hunter, has denounced the campaign as the beginning of an attempt to rewrite the history of the Second World War in a way that will, as he puts it “whitewash the villains and dishonour the victims.” It’s not a view shared, though, by Stanislaw Krajewski, a Warsaw mathematics professor and Jewish community leader, who sees no problem in drawing a moral equivalence between Hitler and Stalin.

Neither do I, quite frankly. Yes, I accept that there are features to the Holocaust that allow it to stand as a historically unique event Even so, while the Communists did not discriminate in murder they still murdered, and on an unprecedented scale. Far more people, it has to be said, died under the sign of the hammer and sickle than the swastika.