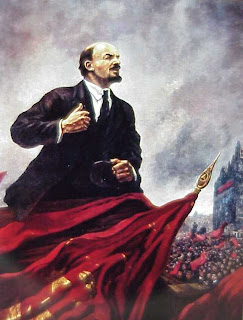 The notion of the ‘dictatorship of the proletariat' is possibly one of the least well-defined concepts in the whole of the Marxist canon. In terms of concrete political practice this was to have a particularly serious impact, because it is also one of the most central.

The root cause of the problem is that Karl Marx himself wrote far more about Capitalism than he ever did about Communism. The 'dictatorship of the proletariat' is mentioned for the first time in rather vague terms in a letter of 1852, where he suggests that it will 'emerge' as the outcome of the ongoing class struggle. It was to take another twenty years before it had a second outing, this time in the Critique of the Gotha Programme, where Marx made essentially the same vague pronouncement: "...between capitalist and communist society lies the period of revolutionary transformation...Corresponding to this is also a political transition period in which the state can be nothing but the revolutionary dictatorship of the proletariat."

The problem this presented for those who followed was simply this: in what fashion or manner would this coercive use of political power lead to the second great element of Marxist eschatology-the 'withering away' of the state?

This core problem was to lead to some incredible intellectual contortions, with Karl Kautsky, the leading German Marxist thinker at the beginning of the twentieth century, suggesting that it simply meant 'majority rule', since the proletariat were the 'majority' of the people in advanced industrial societies. But the man who came closest to the truth was another German socialist, Edouard Bernstein, who argued that Marx had derived the concept from Auguste Blanqui, who in turn was looking back to the forms of dictatorship established during the First French Republic by Robespierre and the Committee of Public Safety, which, in turn, harked back to the forms of emergency dictatorship established during the time of the ancient Roman Republic.

So, the concept, regardless of the setting, always had authoritarian roots. The best that can be said of it is that, in the manner of Kautsky, in advanced capitalist societies the dictatorship of the proletariat would replace the 'dictatorship of the bourgeoisie', achieving a higher form, in other words, of popular democracy. But what about less advanced societies like Russia, with an active Marxist intelligentsia and a relatively small urban working-class? We are now in the world of Leninism, of 'substitutionism', if you like, where the revolutionary vanguard stands in the place of the revolutionary worker.

For Lenin and his Bolshevik Party the working-class, left to its own devices, was only capable of lower forms of consciousness, usually centring on trade union struggles. The Russian Revolution of 1905 and 1917 might, indeed, be said to have established in the Soviets nascent forms of direct democracy, in contrast with 'bourgeois' parliamentary institutions, like the Duma and the later Constituent Assembly. But the Bolsheviks, in pursuit of their own revolutionary doctrines, were quick to seize complete control of the Soviets, removing all rival voices in the working-class movement, Social Revolutionaries and Mensheviks alike. In the end the Soviets were no more than auxiliary agencies of the state, and the dictatorship of the proletariat no more than the outright dictatorship of the Communist Party; and the dictatorship of the Communist Party the dictatorship of one man. Bakunin and Bernstein were both absolutely correct
Posted by Anastasia F-B at 16:31