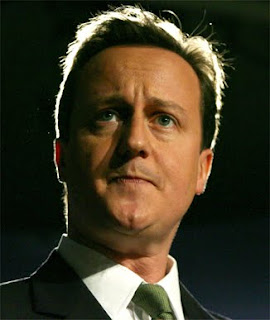 There are two points that I would like to drag up from my previous blogs: first, that Czech resistance to the Lisbon Treaty was likely to be no more than a mirage, and second, that David Cameron would not hold a referendum on the ratified Treaty, because that would turn in to a plebiscite on British membership of the European Union itself.

But here we are; the Treaty is with us; Klaus has capitulated. We wake to hard realities, to David’s Dilemma. He faced up to this with commendable speed and has quite rightly, in my view, announced that there will be no referendum if the Tories win the next election. The alternative was to let the issue fester on for months, giving ammunition to our enemies. Yes, I know it will cause a lot of upset and also know that it may put some marginal seats at risks if Euro sceptics drift towards UKIP. Still, it’s a bold move, one that had to be taken.

I personally did not want us to advance one step further along the road to integration and I never want to see a European super state. The very idea of a President Blair absolutely sickens me, and I do not exaggerate. Take a dog from the streets of Paris rather than have this man, this warmonger and hypocrite, have any future leverage over our affairs.

Having said this Europe itself, the European Union, is our destiny. Departure, which I have never argued for, would be disastrous in simple economic term. I could never vote, moreover, for an organisation like UKIP, that collection of geriatric schoolboys. I’m a Tory by instinct, by upbringing and by intellect, and while I have had serious reservations over the general direction of the party in the recent past, I want to see a Tory victory in the next election; I want to see the end of this Labour government; how badly I want to see the end of Brown and Lord Rumba. That’s all that matters now. It does for me; not Europe and not a chimerical referendum.
Posted by Anastasia F-B at 16:20