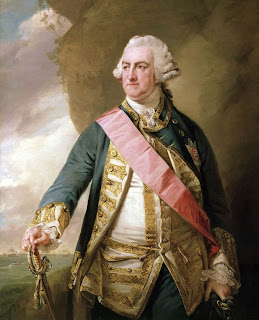 Last month saw the anniversary of Nelson’s victory at the Battle of Trafalgar, the one great admiral and the one great naval victory that just about everyone knows, even if they know no another. But let me bring to your attention a forgotten admiral-Sir Edward Hawke-and a forgotten victory-the Battle of Quiberon Bay, the two hundred and fiftieth anniversary of which just happens to fall on this day.

Quiberon Bay was the definitive naval victory of the Seven Year’s War. In some ways it’s even more important than Trafalgar. The latter was really a kind of postscript in that Napoleon had already abandoned his invasion plans. But Quiberon Bay had the effect of bringing to an end an immediate danger, a danger that would have seen large convoys of French troops transported in Scotland and England.

If you know anything about sailing ships and naval warfare I’m sure you will appreciate the sheer daring, the simple courage, the élan behind Hawke’s achievement. The French admiral had taken refuge in Quiberon Bay, believing himself safe from pursuit as the English were unlikely to enter these dangerous waters, with rocks and shoals stretching south from the Quiberon Peninsula, especially as the winds had reached gale force and night was beginning to fall. But Hawke, without the aid of a pilot, sailed in close pursuit into the confined waters of the bay, throwing the French into confusion and panic. In the subsequent battle the enemy was all but destroyed. Later Hawke explained why he had taken such a gamble;

Like Nelson, Hawke had defied all naval convention and fought a battle on his terms. The results were startling, with the enemy losing all of their main ships, sunk or run aground, and two and a half thousand men. One French historian said that the battle “is the graveyard of our navy and the ruin of our hopes.”

The Battle of Quiberon Bay ended all prospect of invasion. More than that, it marked the ascent of Empire. It’s such a pity that Hawke is not better commemorated by the Navy and the country which he served so well. 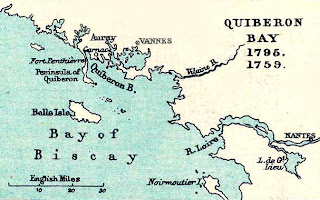 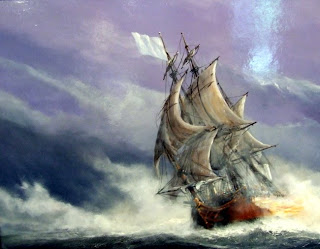 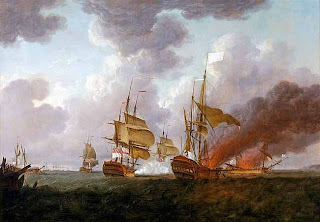 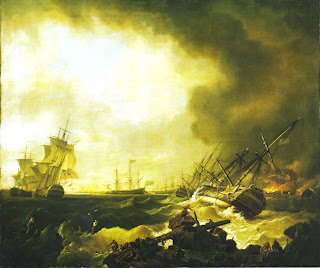