Orwell and the Development of Despair 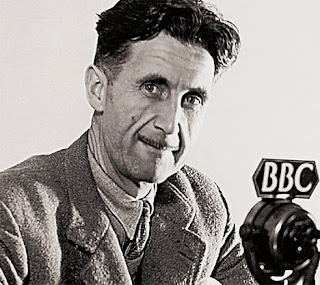 When I was in sixth form at school I wrote an essay for my Eng Lit class, to which I gave the rather grand title The Development of Despair in the Work of George Orwell. Yes, there is indeed a consistent theme in Orwell’s writing, which it is possible to pick up as early as Burmese Days, his first novel, through his essays and reportage, all the way to Nineteen Eighty-Four. The theme is one of cultural and political pessimism, of the little man drowning, of a world corrupted by the abuse and misuse of language, a world set on the destruction of individuality and all sense of the self.

Orwell manages to combine a belief in socialism-which barely lightens his deep sense of disquiet-with a kind of nostalgia for a world lost in the Great War;

In many ways his perspective is really that of an old-fashioned 'muscular Christian', standing on the island of simple decency, threatened by the rising waters of ideological intolerance of all kinds.

In one of his most brilliant essays, that on Charles Dickens, published in 1939, he concludes by describing the face of the author which emerges from his writings;

His experience of the 'smelly little orthodoxies' is fully described in Homage to Catalonia, his account of his own experiences during the Spanish Civil War. It was from this point that he began to perceive the corruption of language-and the deliberate rewriting of history-as a serious problem for the modern age. In his novels the type depicted most consistently is the 'little man', always from the same lower-middle class background (Orwell's own), who is being submerged by an impersonal modern world.

As novels most of them are actually not of a particularly high order, especially Keep the Aspidistra Flying, with the tiresome and self-pitying Gordon Comstock, a character later to emerge as George Bowling and, later still, as Winston Smith, his final hero. But the novel, it seems to me, that reveals most about Eric Blair the man, as opposed to George Orwell the author, is Coming Up For Air, by far his best since Burmese Days, and the one that anticipates Nineteen Eighty-Four. It is in a sense Orwell's David Copperfield, combining his political ideas, his personal experiences, his sense of the 'powerlessness' of the individual, his nostalgia and his fears about the future;

I'll tell you what my stay in Lower Binfield had taught me, and it is this. It's all going to happen. All the things you've got at the back of your mind, the things you're terrified of, the things that you tell yourself are just a nightmare or only happen in foreign countries. The bombs, the food-queues, the rubber truncheons, the barbed wire, the coloured shirts, the slogans, the enormous faces, the machine-guns squirting out of bedroom windows. I know it's all going to happen. I know it-at any rate I knew it then. There's no escape. Fight against it if you like, or look the other way and pretend not to notice, or grab your spanner and rush out to do a bit of face-smashing along with the others. But there's no way out. It's just something that's got to happen 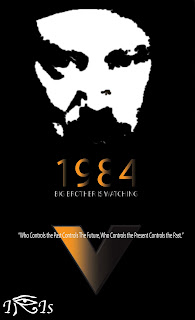 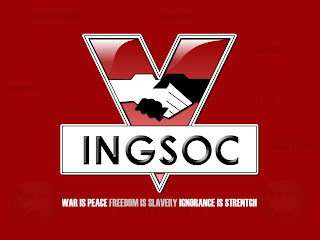