The Last Invasion of England 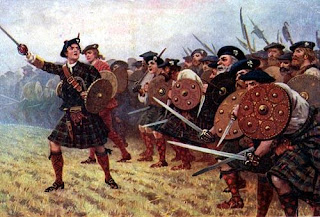 So, do you know when that was, the last serious military invasion of England? There are various dates that could be suggested, all later, incidentally, than the most obvious-that of the Normans in 1066. The one less obvious, the one I intend to discuss here, was the incursion of the Jacobite army of Charles Edward Stuart, coming over the border from Scotland in the November, 1745.

The amazing thing about this episode is that an army of poorly equipped Highland irregulars, with virtually no artillery or cavalry support, advanced as far south as Derby. There a war council was held and it was decided that that the adventure had to be aborted. The Highlanders returned north, with only the Young Pretender in dissent.

And so another of the great 'what ifs' was born, one that has exercised the wit and imagination of generations of armchair Jacobites. Oh, if only the army had gone on, if only London had been taken the King-the Pretender's father, languishing in Rome-would have come into his own again. It's nonsense, of course. Even if London had been taken the English people would never have accepted the Stuarts back on the throne, carried there against the will of the Parliament and the people on the bayonets of a ragged Highland army.

The point is that the invasion itself was never more than a 'reconnaissance in strength'. In Edinburgh the Highland chiefs had been seduced by Charles' lavish promise of English support and a French invasion. The latter alone should have given them reason to pause, the very idea that the English would accept anything from the French!

The reason the western route was chosen was not just to avoid Wade's far stronger army at Newcastle but because this was where it was felt that the greatest pockets of Stuart loyalty were to be found, in Wales and the West Country, harking back to the Civil Wars of the seventeenth century. The Pretender, in other words, was following the same path as his great uncle, Charles II, in the invasion of 1651 and for precisely the same reasons. But Charles II came with fifteen thousand men; the Pretender had barely five.

Thanks largely to the skilled generalship of Lord George Murray the Jacobite Army made it as far as Derby; but by then the illusion was gone: the French did not come and, beyond a small force raised in Manchester, the English did not rise. With regiments of the British Army arriving back from Flanders in ever increasing numbers the Highlanders could either return to Scotland and wait there for the French, or stay in England and face annihilation at the hands of Wade and Cumberland. So, back north they went.

The whole thing was just a desperate gamble by a fantasist and a dreamer. Recreated as a heroic figure of a lost and romantic cause by balladeers and writers like Sir Walter Scott, Charles' selfish irresponsibility was instrumental in bringing a rapid close to an ancient way of life. Praised in song and glamorised on shortbread tins his true legacy was ruined cottages and empty glens. 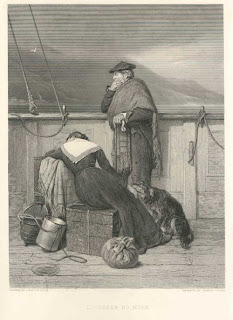