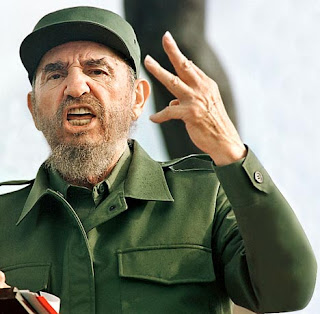 Castro’s Utopia is dying. The Cuban state is almost bankrupt, so much so that free canteens, one of the ‘benefits’ of socialism, have closed down in several ministries. Instead workers are to be given a daily pay rise of 15 pesos-about $0.60-in compensation, which raises their meagre salaries by more than half.

The insufferably dull Granma, the national newspaper, has welcomed the move, saying more is being given than is being taken away. What it does not say is that it does not matter how many pesos a person has in their purses or pockets because there is nothing to buy, nothing that pesos can buy. The free lunch, though of poor quality, was at least a guaranteed staple. The remaining staples which enable ordinary Cubans to survive, the monthly dole in food and cooking oil, is said to last for half that period at most.

President Raúl Castro is clearly aware just how bad things are, making tentative moves towards economic reforms. But Big Brother, though retired for health reasons, remains a decisive influence; and if there is one thing he hates its markets. Not for him the kind of advances, the economic liberalisation that has carried China and Vietnam to greater levels of prosperity. He is now the only Communist leader in the world still committed to outworn and threadbare notions of social utopia and perfect egalitarianism, setting always to one side that megalomaniac Kim Jong-Il and his termite state. The only time that the Cuban economy showed any real life, the vitality that emerged in the economic liberalisation of the 1990s, it was immediately quashed when he cut back on the flourishing micro-businesses.

Ordinary Cubans, those who are not sustained by relatives abroad, or have no attachment to the lucrative tourist business, are in a kind of limbo, neither capitalist nor socialist. It is in this gap that the venality of the worst type has been allowed to flourish, with high levels of crime and prostitution, as far removed as possible from the ‘new man’ envisaged by the likes of Che Guevara. Those who want to see the wave of the past let them come to Havana.
Posted by Anastasia F-B at 15:50