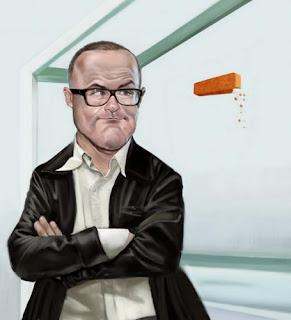 I like experimental art; I like art that challenges, that stimulates the imagination; I just don’t like Damian Hirst; I never have. For me he is nothing more than a poseur and showman rather than a true artist, the P. T Barnum of the art world, the kind of person who lives by critical adulation and just as readily dies by critical damnation. His comments on Rembrandt are so revealing, saying much about him and the ‘industry’ that is Britart:

Anyone can be a Rembrandt. I don’t think a painter like Rembrandt is a genius. It’s about freedom and guts. It’s about looking. It can be learnt. That’s the great thing about art. Anybody can do it if you just believe. With practice you can make great paintings.

At last it’s possible to see that the emperor has no clothes, he never had any clothes. People like Rembrandt, or Picasso, or Puccini, or Purcell are born, not made. People could labour all of their lives and come nowhere near the standards that they have set. That seems to me not be the very nature of genius, inspiration not perspiration. But the Hirst type is manufactured, not born.

He has perspired, that much is true, but to what ends? Why, marketing himself; what else? His ‘art’, if it can be called that, is no more than reproduction and self-promotion, nothing besides. And he did well from this, very well by any standard. Unfortunately he also began to take himself seriously. Hirst’s mistake, you see, was to give up dead sheep in formaldehyde. Sticking to that no one could see him for the fraud he truly is. But he took to painting, perhaps to test his Rembrandt thesis, and the scales fell from the eyes of the benighted critics. Tom Lubbock of The Independent offers a fairly typical comment on these daubs;

They're thoroughly derivative. Their handling is weak. They're extremely boring. I'm not saying that he's absolutely hopeless. But I'm not saying he's any good either. ... Hirst, as a painter, is at about the level of a not-very-promising, first-year art student. He is in his mid-forties.

I would be truly amazed if Hirst is even remembered in, say, fifty years from now. He is a dead end; his work is a dead end; it always was. He was never more, you see, than a dead sheep. 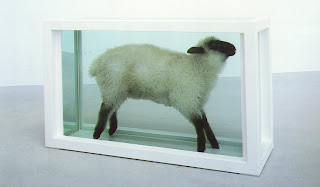 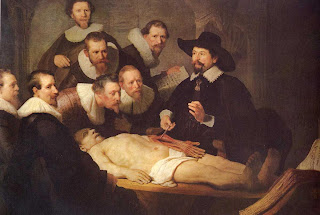