Ana and the Horned God 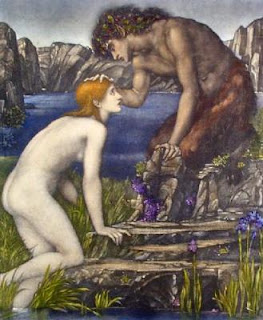 I remember reading an adaptation of Robert Grave’s Myths of Ancient Greece when I was very young. These stories depicted a fascinating world; a world of flawed but endearing deities, so different from the Christian tradition in which I was growing up. The saddest part, the part that made me weep, yes, it did, came towards the end, when the cry went up around Greece that ‘The Great God Pan is dead!’ So, I lost him; I lost that world, as the other deities were driven from Olympus by the acolytes of the new faith.

But not so many years later, when I read The Wind in the Willows, I discovered that Pan was not dead at all. There he was: the Piper at the Gates of Dawn; the guardian and the protector of all nature. Still later I found him in his more adult guise, his more dangerous guise, if you like, in Knut Hamsun’s wonderful novel of the same name, where he appears as an echo and a symbol.

Pan is not forgotten, can never be forgotten, Yes, I also have a special place in my heart for Hecate, the mother goddess, and Artemis, the cool goddess of the moon. But Pan will always walk beside them, and nature is one. 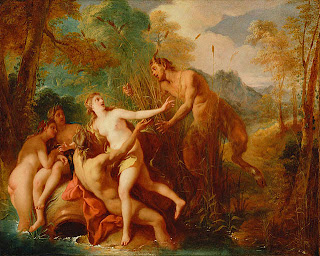 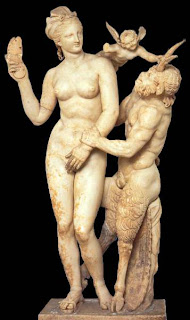