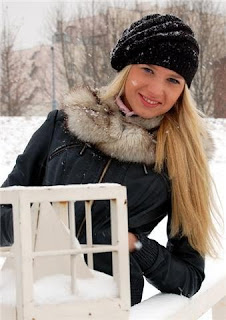 If there is one pressure group I hate more than any other it’s People for the Ethical Treatment of Animals, generally known as PETA, a collection of self-righteous prigs and animal rights extremists. With tentacles across the world, the organisation is headed by one Ingrid Newkirk, born in England but now living in America.

Now sixty-years old, this joyless fanatic had herself sterilised at the age of twenty-two because, as she put it, “the world has enough babies.” Her will contains the stipulation that her feet be turned into umbrella stands “as a reminder of the depravity of killing innocent animals.” In one of the campaigns she sponsored the killing of animals for food was compared to the Holocaust, which might give you some insight into the moral fog that sits perpetually on her mind.

Let me make my own position clear: I detest any form of deliberate and malicious cruelty against animals. I have a horse which I love and care for with all of the energy and dedication of which I am capable. My family have had a succession of Cavalier King Charles’ Spaniels. Still, I think the concept of animal ‘rights’ is practical and intellectual nonsense. I eat meat and I delight in eating meat. I hunt and I delight in hunting, both shooting and riding to hounds. And now for the big one: I wear fur and I delight in wearing fur! I have a black leather jacket trimmed in rabbit fur and a ushanka, a fur hat I bought in Moscow, entirely made from the same fur.

It delights me to say that in the fashion industry itself a counter-revolution is underway, that the balance is tipping against the PETA fanatics. Fur is fashionable once more. People like Keira Knighley, Jennifer Lopez Madonna and Lindsay Lohan have all worn fur in public. So, the Devil really does wear fur. :-))

A spokesman for Origin Assured, a body set up by the international fur trade to ensure that fur is only obtained from reputable sources, says that the material has never been more popular. Robin Rihanna’s new album will feature her on the cover wearing a white fur coat. So, PETA’s old ‘I’d rather go naked than wear fur’ campaign has come to nothing in the end, despite the previous endorsement of people like Cindy Crawford, Claudia Schiffer and Naomi Campbell, those of the older generation. Besides, even they turned apostate in the end!

Yes, the fur taboo has been broken though there were always designers, like Karl Lagerfeld, who held out against the prevailing orthodoxy. There are lots of arguments in favour of real fur. Not only does it feel good against the skin but it is natural, renewable, biodegradable and energy efficient unlike the synthetic version. Moreover, it takes as much as a gallon of oil to make three fake-fur coats.

In general people of my generation have none of the old sixties-style hang-ups of people who trail in the wake of PETA. If it looks good, if it feels good, it is good. I am quite happy to leave the sackcloth and the hair-shirts to others. As for Newkirk I really think that one day she will make a first-class umbrella stand. I wish her no better fate. 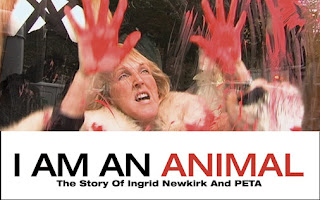 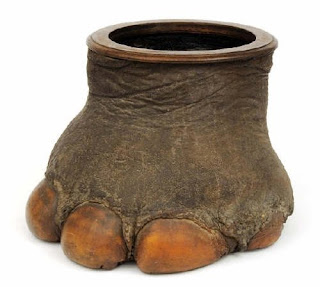