The Tears of Xerxes 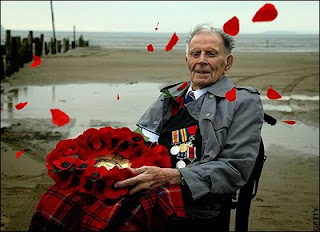 I watched the funeral of Harry Patch on the news earlier this year, the passing of our final living link with the First World War, perhaps the defining event of the last century. This man deserves to be remembered not just because of that, not just because he lived so many years after the Great War, but for his sincerity and his simple wisdom. I understand that for most of his life he refused to talk about his experience in the trenches, only starting to open up after passing his hundredth year. I saw an interview with him from last Armistice Day, I think, in which he said that "We should remember the Germans, for they died as well."

Yes, they did. I visited Vladslo Cemetery in Belgium, containing the remains of thousands of German soldiers who died in the war. It's overseen by Grieving Parents, a pair of statues by the marvellous Käthe Kollwitz, created in memory of her son Peter, who was killed in October, 1914. It's deeply moving.

Marcus Aurelius, the great philosopher emperor, is one of my favourite thinkers. I started to dip into The Meditations when I was in my early teens, always a comfort in times of Sturm and Drang! Father has a copy in his library, which he bought from a rare book store years ago. It's an edition published by Macmillan in 1914 under the title To Himself, translated and edited by G. H. Rendall, a former headmaster of Charterhouse. There are better editions and better translations. The thing I love about this particular book, though, is that it once belonged to a Captain M Lindsay of the 7th Scottish Rifles, who was subsequently attached to the South Staffordshire Regiment. I know this because Captain Lindsay has inscribed the fly-leaf. He has also written, in French, 'Tout comprendre c'est tout pardonne.' It's dated May 1917 while the regiment was in or near Lievin in northern France. To have written that, at that time and in those circumstances is, perhaps, one of the most admirable statements of Stoic principles that I have ever seen.

Harry Patch, Captain Lindsay, Peter Kollwitz are at peace, along with so many others from so many nations.

Ample make this bed.
Make this bed with awe;
In it wait till judgment break
Excellent and fair.

Be its mattress straight,
Be its pillow round;
Let no sunrise' yellow noise
Interrupt this ground. 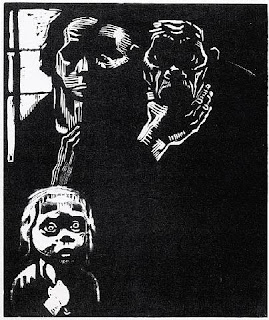 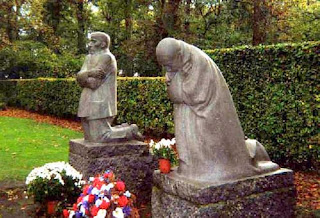