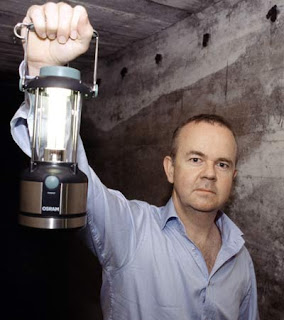 Had you ever heard of ‘super injunctions’? I confess I had not until I heard Ian Hislop talk about them on Have I Got News for You. In essence this is a gagging order that even prevents a newspaper saying that it has been gagged or making any kind of reference to the gagging device

The issue arose when a ship belonging to an international oil trading company by the name of Trafigura deliberately dumped toxic waste off the Ivory Coast. Thousands of local people were affected, a number dying in consequence of the resulting pollution. This loathsome company originally claimed that the wastes was non-toxic, knowing full well that it was. After years of stalling and legal threats it eventually agrred to pay compensation to over thirty-one thousand people.

In an attempt at ‘reputation management’ Trafigura employed a firm of London solicitors by the name of Carter-Ruck, specialists in the law of lible. These people immediately started to throw their weight around, going to the high court to get an injunction preventing The Guardian from further reporting on the Ivory Coast story. But this was no ordinary injunction; this was a ‘super-injunction’, the law not being done or seen to be done, but the law in secret preventing reporting of a secret, preventing reporting of itself in action. Lost? Yes, I know; not even Kafka could make this up.

Worse than that, when the Labour MP Paul Farrelly raised a question over super injunctions with Jack Straw, the Justice Secretary, the paper was even prevented from reporting that. Private Eye, which Hislop edits, took the bold step of highlighting the issue anyway in cryptic language designed to intrigue. Bloggers caught on and the whole thing exploded, a fantastic own goal by Carter-Ruck, now referred to in the latest issue of the satirical magazine by another name altogether. Can you guess what? :-)) No matter, instead of ‘managing’ their client’s reputation they have exposed a story that might otherwise have escaped scrutiny.

But there is more here. This whole process, the revelation that judges are willing to grant secret injunctions has uncovered a serious threat to not just to press freedom but to the proper operation of parliamentary democracy itself. Secret injunctions take us back to the days of John Wilkes, to the days of ‘Wilkes and Liberty’, when those reporting the business of Parliament could be imprisoned. Looking at it from a historical perspective it may be even worse; for the super injunction might very well be in breach of the 1689 Bill of Rights, one of the great milestones of English constitutional history.

The arrogance of these Carter-Fu.., sorry Carter-Ruck people goes still further: they tried to prevent Parliament itself debating the question of super-injunctions by arguing that it was sub-judice. Jon Bercow, in allowing the debate to go ahead, cited the need to defend freedom of speech in Parliament. The said letter was circulated to all MPs. Paul Farrelly, the man who raised the question in the first place, said;

Carter-Ruck have got a real nerve. Firstly they tried and failed to suppress news that they had obtained a gagging order against the Guardian. Then they tried to ask the Speaker to gag parliament itself. This affair has shown that privileges preventing press freedom are sometimes as only as strong as their assertion. The Speaker and parliament must stand up to people like Carter-Ruck who aggressively encroach on these freedoms.

There were some choice contributions in the debate, including that by Denis MacShane;

Peter Bottomley, the Tory Mp, said that the order should never have been granted and that he intends to report Carter-Ruck to the Law Society. The Lord Chief Justice himself has turned on super injunctions and the attempt to restrict freedom of expression in Parliament, which he described as a fundamental principle. One can only hope that this will give some of the cowardly judges a little more backbone when faced with such invidious requests in future from the Carter-Rucks of this world.

In response Adam Tudor, a partner in the said firm, issued a press release saying that neither his company nor Trafigura had attempted to stifle or restrict debate in Parliament or the reporting of debate, another lie exposed by Private Eye. Ian Hislop and Liberty! 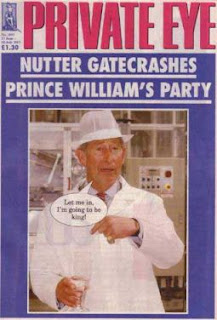 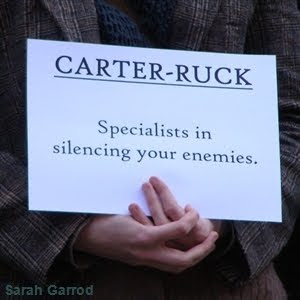