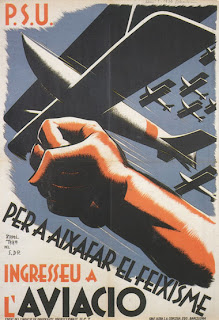 It’s seventy years now since the great tragedy that engulfed Spain between 1936 and 1939 ended. I do not believe that there has been any conflict in history more misred that the Spanish Civil War, one that continues to be misread, if we take Ken Loach's Land and Freedom as an example.

The fact is there was not one civil war but several, some with deep roots in Spanish history, most often concerned with the friction between central power and local autonomy. For the government in Madrid the Anarchists, their allies, were as big a threat as the Fascists, their enemies. It's likely, then, that the victorious Spain, though dominated by bourgeoise democrats, would have continued to rely on the military and political support of Stalin and the Communists. For such support the Communists would clearly demand some kind of return, and in stages are likely to have acquired a dominant position in government, perhaps even fulfilling the prediction of Julian Besterio, the moderate socialist politician, that "if the war is won, Spain will be Communist. For every other element of our democracy this would be calamitous."

Consider what was to happen a few years hence in Poland, for example, another Catholic and agrarian nation. The same pattern of alliance, co-option and control is likely to have emerged in Spain in 1939-40.

The Franco dictatorship was centralist in nature; there is no reason to suppose that the victorious republic would have been any different. The Communist controlled Popular Army would thus have suppressed any attempts at Anarchist resistance, just as it would have moved against the seperatist movements in Catalonia and the Basque country. Would there have been another Civil War? This is possible. There would certainly have been a lengthy period of political instability and counter-insurgency operations. This leads on to the next stage of my analysis: Spain's position in the coming international crisis.

Republican Spain, dominated by the Communists, would, of course, have followed the Russian lead after the Nazi-Soviet Pact was concluded in August 1939, which meant rejecting the coming Second World War as an 'imperialist conflict'. A Soviet satellite standing astride the western gate to the Meditteranean may very well have provoked a response by Britain and France, if not outright intervention then perhaps some military assistance to the remnants of the Nationalist army, which had taken refuge in Portugal in 1939, a situation that would have destabilised the country even further.

Hitler, after his victory over France in 1940, would therefore have a weak and divided Spain, controlled by the Communists, on his southern flank. The outbreak of war with the Soviet Union in 1941 is quite likely to have been followed at one and the same time by an invasion of Spain, or at least a dash for the vital base of Gibraltar; this was certainly within the capability of the German army left in France. We know that Hitler had such a plan even with Franco in control. With Spain governed by Dolores Ibárruri there is no reason to suppose that he would not have put these plans into effect. In the end Franco, if he serves no other historical purpose, may very well have saved Spain from Hitler. 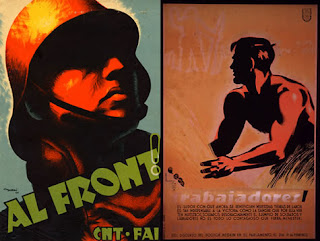 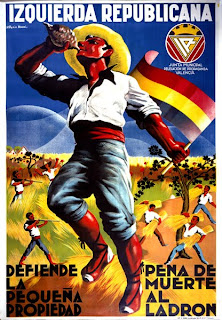 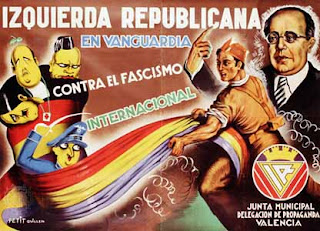